It was a gorgeous afternoon on the West Coast when the 96-teams registered for the 2020 Absolute Wilderness Adventure Race at the Mokihinui Domain on Friday, north of Westport. Their first challenge was a prologue, the ‘Iron-moki’ relay sprint triathlon. The swimmers gathered at the edge of the river for a 200-metre swim leg, they then tagged their bikers who completed 3-laps of a 1.5km circuit before tagging the runners for a 1km leg along the beach and river stop bank. It was an action packed event with the winning team taking 17-minutes. The order of the prologue paired teams for the rafting stage to kick off the main race on Saturday.

After the prologue teams received their maps to study and then attended the race briefing. With most teams camping at Mokihinui or Gentle Annie, it created a brilliant atmosphere with everyone based in the same place for the weekend.

Race Director Nathan Fa’avae warned teams at briefing to expect course changes as a short but intense rain front was approaching quickly and expected to deluge during the night, the results of which wouldn’t be known until the 6:30am race start on Saturday. The lead course designer was Mark Rayward who had built bad weather contingencies into the race.

Fa’avae explains “we were watching the front approach all week, the locals were predicting anywhere between 10 and 100mm so we had to expect and prepare for the worst. The good news was it was intense and brief, it ended up making the event in many ways”.

Late on Friday night the weather arrived and bucketed down for hours, clearing just before sunrise. Being an unsupported race, the first start wave were bused to the start, arriving at Rough & Tumble lodge in the dark. Here they discovered that the Mokihinui River was in huge flood but thankfully the rafting guides were keen to get on the water. Once it was light the size and scale of the flow was obvious, it was big. What was expected to take over an hour, the first teams exited the river after 35-minutes, after an adrenaline filled pumping raft trip through some giant standing waves and river features. It set the tone for the day, a wild adventure on the West Coast.

The 12-hour teams biked south to Hector and then climbed to Stockton, passing through the ‘grand canyon’. The overnight rain had triggered all the waterfalls, combined with lifting cloud and sun rays the views were other worldly. The day swiftly turned into a beauty in every way.

This is where an epic battle began for teams Bee Fit and Eternal Taper. These teams were a group of six friends who drew straws as to what the race day teams would be, they also train together so their abilities were very evenly matched. A total of thirty 12-hour teams were on course. The 18km bike ride took teams to Stockton. From there they had a 9km hiking stage with technical navigation in the Mangatini catchment.  The stage had to be shortened due to flooded creeks. They raced through many historical mining relics of Millerton before collecting their bikes for a 26km bike stage to Gentle Annie Point.

The Gentle Annie Point stage was 8km of bush, waterfalls, rugged beach travel and a natural maze. The battle for first place continued. After the teams emerged muddy and salty from the stage, they mounted their bikes again for a 26km bike through Seddonville and up to Charming Creek. Many of the rivers hadn’t subsided so the next stage was adapted to keep teams away from swollen rivers. Unfortunately, a checkpoint was either washed away or vandalised in the Charming Creek walkway so many of the teams in the first 6-hour start wave spent considerable time looking for the checkpoint or doubting if they were in the correct place. It took a while for the message to reach staff who put a replacement checkpoint in.

From Charming Creek the teams had a fast 22km ride to the finish back in Mokihinui.

By this stage of the race, the leading two 12-hours teams were still inseparable so they decided with a few kilometres remaining to call a truce and make it a draw. The stopped the clock at 9:46:27. (there was approximately 2-hours of course cut out due to flooding). Third team home was Ligma-Tmar, the third mixed team was Rat Pack in 10:35. The 6-hour race exited the rafts and then completed the Gentle Annie circuit followed by the Charming Creek stage. The first wave of 6-hour teams started at 6:30am but had the issues with the missing control at Charming Creek. The remaining 6-hour race started at 9:30am. By this start the river had dropped significantly but was still ripping along.

Pre race it was the junior teams that were expected to lead the way. They had featured in the top placings in the prologue and were set to go fast.

The Absolute Wilderness race caters for female, male and mixed teams, but the premiere race is the mixed category. It’s quite extraordinary that the three fastest times in the 6-hour race went to junior teams. After some close racing and lead changes, it was team DJ Snakes that won the mixed race in 5:05, seven minutes clear of second place, Stacanators. The first open mixed team was fourth overall, TEAM MBC in 5:13. Fastest course time for the 6-hour race was junior boys team the Invisible Gorillas in a lightening quick 4:41 (about 1-hour was cut from the 6-hour course due to flooding). The 3-hour race completed the rafting and Gentle Annie stages. School teams took out the first two spots, Fantastic Finders in 2:50 with The Rollicking, Rampaging, Rebelling, Running Rogainers in 2nd, 3:12. The Sightseers were third.

It was noticeable how many quality junior teams were at the event, they were not only participating they were skilled and competitive.

Fa’avae says “its’ really healthy to see the enthusiasm in so many youth, it great for them and the sport. The teams were really thrilled to be racing in the Mokihinui, there is incredible diversity in the landscape in such a small area, a rich blend of nature and history”. 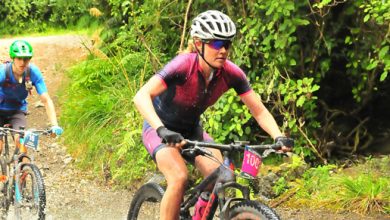 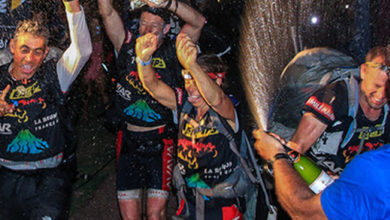 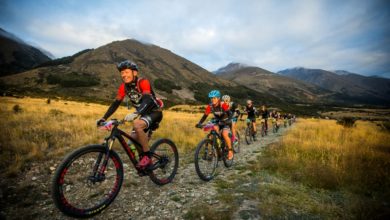