This first features in KSM magazine

Text and images by Sean Davey

My very first experience with the ocean and more importantly, it’s waves, came one sunny day at Adventure Bay on South East Tasmania’s Bruny Island.    My mother had just led my brothers and I down to the beach and instructed us to stay sitting on the sand while she went for a swim.    Right before my very eyes, the ocean opened up it’s mouth and ate her up. At least that’s how it looked to this 3-year-old when a wave reared up and tubed over the top of her.   I was quite traumatized at the time, not understanding about this new danger.   Happily, the experience left no scars but in fact, just increased my curiosity about this amazing place called the beach where even my smell senses were tested by all manner of new delicacies that I’d never encountered.   Yes, as a child, any visit to the beach was filled with wonder and awe, always.

I’ve been a bodysurfer ever since I learnt about waves and that you could ride them.  I started out being a wave rider when I was about ten at Sydney’s Bronte Beach.    They used to have these people that rented out Surfo-planes which are these rubber blow up mats which were incredibly popular back in the day. We’d go around and collect up all the ones that were over their rental time and return them for the old guy who ran the biz and he would in turn let us use them whenever we wanted.   Already lying in a prone position on our rubber mats, we would see others doing it without any craft, so we naturally had a go at that too.  From my late teens through my twenties I was truly obsessed with bodysurfing. My buddy Tony and I bodysurfed Sydney’s Coogee beach for about 6 months straight. It just pumped every day and because we were so in tune with the joint, we were getting on all sizes right up to 10 feet.  That was the best 6 months of bodysurfing I’d ever had ‘till I moved to Hawaii in my mid 30’s and discovered the north shore’s amazing breaks.  I distinctively recall seeing two amazing surf films in my late teens called  “Crystal Eyes” and “Hot Lips and Inner Tubes” – as it turned out, both filmed by the same guy; Yuri Farrant.

He had this incredibly mesmerizing water footage of people surfing in the most crystal clear water I had ever seen. I remember thinking at the time that I’d be so stoked to be able to surf that place.    Turns out that place is right here on the north shore and what happens is that the west swells that usually occur during the earlier season push all the sand up towards Ehukai beach park through to Rocky point, known by most as Pupukea or simply “Pupes”.     The north swells start to happen a lot more frequently in Jan-Feb which just break down these sand bars with perfect precision like a Gold coast point break. Continuing sporadic west swells keep packing the sand back in, followed by more north swells. You get the idea.   The result is a fantastical zone where the water is so clear and it just glows.    Typically, you are bodysurfing  2-5 foot barrels on most occasions and it truly is bodysurf heaven.      Other zones to check out for bodysurfing along the north shore are Off The Wall during the early season when the sand is all still piled into all the caves and crevasse’s.    Keiki just down the road from Foodland is a favourite amongst bodysurfers, however it is not at all for novices.   This place moves more water around than anywhere I’ve seen and it’s officially the deadliest beach in Hawaii with more drownings than anywhere.   Only for the pro’s and even then they take lickings with great regularity.

I’ve enjoyed somewhat of a resurgence in my bodysurfing over the past several years, thanks in a huge way to my long time buddy Daren Crawford who is not only an expert bodysurfer, but also a very good water film cameraman.    It’s safe to say that I’ve had my best body surf sessions with Daren over the years. He knows this stretch of coastline very well. Some of the most beautiful sessions that I have seen have occurred in minimal sized conditions such as like 2-3 feet.  You look underwater and the person is gliding past clear as a bell.   Some of these sessions are just myself and one other and nothing can describe the joy one finds at being able to share such truly perfect waves with just one other.  I’ve had numerous such sessions out at Pupes with friends such as Mark Cunningham, Daren Crawford, Flynn Novak, Billy Ballard, Keith Malloy, the list goes on.   Anyone who lives and surfs the north shore with any great regularity will, for the most part, have had one of these beautiful sessions out on the bar.    There’s no denying it when you see it.  It attracts you like a light to a bug.   To experience sandbar bodysurfing at this level is bucket list  quality.

Come mid February  we usually have the Pipeline bodysurf event.  It’s true that on some years the surf has sucked, but there was one year that totally blew my mind.  In 2006, the swell got up and there were some amazing rides happening. I’d never really seen crew bodysurf Pipe that deep before. It was pretty cool to watch.   There was even a team of 3 bodysurfers out from England for the event, sponsored by an English pie and pastry company and they were milking the publicity machine pretty heavily.   The fellas were clearly not expecting such size as only one ended up swimming out, if memory serves me correctly.    I still liked those guys though. Just a bunch of mates going to Hawaii on the strength of some well placed publicity.   Great effort, no matter how you look at it.

recall another time seeing this one guy bodysurfing Huge Rockpiles, (about 800 yards up the road from pipe).  A dangerous place to surf at all because it’s dotted with caverns and caves and it would be easy to get pushed into one of those by a wave.

Another afternoon, I was shooting at Off The wall. Numerous young sponsored surfers all going about their business of flaring for the numerous cameras that were assembled at the beach, including myself. I spot out the corner of my eye something that is beloved to me and I have to watch it. I see this guy slot perfectly into this perfect aqua barrel.   It wasn’t till much later when I was scoping out the pics that I realized that it was non other than Tom Curren.

Bodysurfing is one hell of a fun way to interact with the waves.   Anyone who’s ever bodysurfed at Waimea shore-break will tell you what a cack it is between waves and watching the backwashes go back out and collide with the new waves.   Being there and amongst it is a blast that reduces me to hysterical laughter when I’m out there..    Absolutely the north shore is the home of fun and challenging bodysurfing.  I’ve never seen anything like it. Glad that I ended up somewhere that I can continue my lifelong passion of bodysurfing.   It truly is the funnest and most intimate way to interact with the waves.

you can see more of Seans work HERE 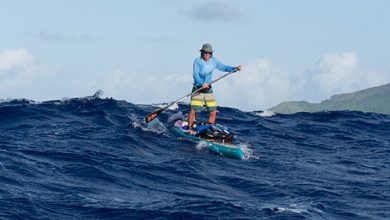 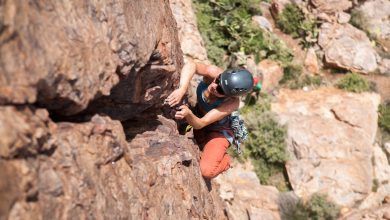 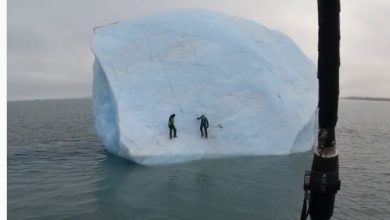 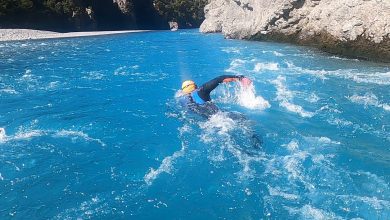