Ben Thouard is crowned overall winner of the Image Quest 2019!

Taking home the grand title as overall winner of the fifth edition of Red Bull Illume is Ben Thouard with his mind-bending underwater image of athlete Ace Buchan surfing in Teahupo’o, Tahiti, in French Polynesia!

The Red Bull Illume Image Quest has a new name in the overall winner circle: Ben Thouard! His underwater epic shot in the glassy clear waters of Tahiti was chosen by a panel of 50 esteemed judges as the winner. If perspective were ever needed at a time like this, Ben’s image is number 1 out of a phenomenal 59,551 submissions.

We are delighted to add Ben’s name to the list of overall winners of the world’s greatest adventure and action sports imagery contest. A list that includes iconic photographers Lorenz Holder, Chris Burkard and Fred Mortagne. His progression from edition to edition has seen him rise from semi-finalist in 2013, to finalist in 2016 and now overall winner in 2019!

Every image tells a story, and here’s Ben’s story behind the shot: “I‘ve dedicated the last few years to shooting underwater, looking for new angles and a new way to shoot surfing and waves. Shooting surfing from underwater is a whole new world and I love it!

“Tahiti has some of the clearest water in the world so it was easy for me to take advantage of it and explore it as much as I could.

“This photo was shot during a freesurf session right before the WCT event in Teahupo‘o. This is Ace Buchan kicking out from the barrel through the wave, a technique to escape a close-out wave.

“Luckily I was right below, breathless with my waterhousing waiting for this moment and I was able to capture the whole sequence of it; this frame from the beginning of the sequence is the most powerful one because of the water around his face and body.”

As overall winner, Ben was selected from the 11 category winners, meaning he will take home the category winning prizes from Red Bull Illume Partners Sony, SanDisk, Skylum and COOPH – PLUS a Sony a9 camera with a 24-70mm f2.8 lens from the G-Master range. SanDisk will also take him on a shooting experience the SanDisk Extreme Team!

That’s not all, his image, along with the other of the 60 finalist images, will now be illuminated on 2x2m lightboxes at the Red Bull Illume Global Outdoor Exhibit Tour which begins tonight at LUMEN!

Once again, a huge thank you goes out to our partners Sony, SanDisk, Skylum, COOPH, Salewa, Petzl and Sunnybag for a memorable event and an amazing Image Quest!

But, most of all thanks to every photographer and content creator out there that submitted to the contest! 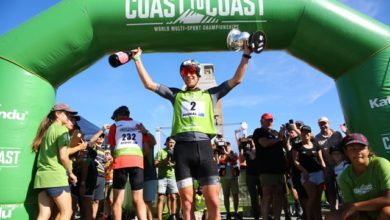 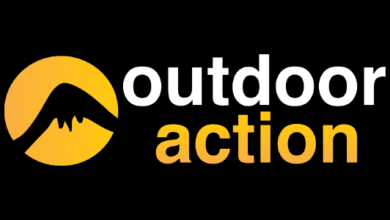