American Ultrarunning superstar Jeff Browning turned in an amazing performance to win the Tarawera Ultra Marathon 100 Mile endurance run today, albeit thanks to a navigational error, they might have to rename the event the ‘102 Mile’ after the Oregon native took a wrong turn before recovering to run down fellow American Camille Herron in the final stages of an enthralling race.

The 100 Mile runners were first away on a mild Rotorua morning, departing from the front of Rotorua Museum to great applause from the watching crowd of supporters at 4am, with many facing up to 36 hours of trail running in front of them, some running and walking long into the night and into Sunday morning.

Speed was the order of the day at the front of the field though, with a star-studded international line up on show for the 11th edition of the iconic event.

Herron was first to set the tone at the head of the race, leading the field through the 50km mark, leaving Zac Marion (USA), Browning (USA) and Grant Guise (NZL) in her wake as she set a crazy pace.

It was a frantic effort that had most questioning when she might come back to the field, but the 37-year-old just kept churning out the miles and holding all challengers at bay – that was until Browning made the catch with 17 miles left to the finish. On his first visit to New Zealand, Browning was quick to acknowledge his mistake inside the first quarter of the race that saw him complete a 4.5 km loop of the Green Lake before re-joining the race proper.

“I wasn’t paying attention at the Green lake and took the 50k course and did the whole loop around, that put me 42 minutes back from Camille. I came back to the same spot and went noooooooo! I then spent the rest of the day playing catch up,” said a slightly embarrassed champion.

“I knew I was top ten still but not sure exactly where. I caught a bunch of guys at the Buried Village and moved into third after the boat ride, with Zac and Camille in front of me. I caught Zac after all the road sections after the climb on the dirt and caught Camille at Okataina, on the top of the climb.

“I knew I could get her on the downhills and technical sections. Every aid station I knew I was gaining, I would gain ten minutes in 7k and then in another 10k I gained 14 minutes so I knew I could catch her. I was confident on that technical stuff, I am a good technical runner, that is where I had to make my gains.”

Incredibly despite the detour by Browning, the American known as Bronco Billy posted a new race record time of 16:18:54, in the process wiping over 3 hours off the 2018 time.

Herron came home in second place overall, a clear winner of the women’s race, also smashing the women’s race record to go with her 2017 100k record victory, posting an impressive 17:20:52, despite by her own admission ‘hitting the wall’ at the 80-mile mark.

“That was hard, it was the ultimate bonk, I gave it everything I had today and that is all you can ask of yourself. I don’t know what happened, I just bonked. I am really tired and was a little bit rusty I guess as I haven’t done a trail race for a while, maybe I should have done the 100k race, I am not sure.”

Incredibly Herron very nearly didn’t make it to New Zealand, after being involved in a serious car crash just over a week ago, finding herself in an upturned vehicle, fortunate to escape without serious injury.

“I am just going to enjoy the moment, I am happy to be alive, be here and get the win. The course record is pretty amazing considering everything I have gone through these past couple of weeks. I am not sure how I got through, I just had to be relentless knowing I had hit the wall. Not too many people keep going through that, but that is kind of my MO, I had to do that during the 24-hour world record too.”

Herron took on board anything she could in the closing miles to get to the finish, even taking advantage of sponsor Dominoes providing pizza at the final aid station.

“I grabbed two slices of pizza and a beer in the final kilometres, that helped get me to the line for sure!”

Note:  The two superstars proved dominant in their respective races, with second and third place still to finish at the time of sending this release, those place getters and times will be confirmed on the event website in the coming hours. 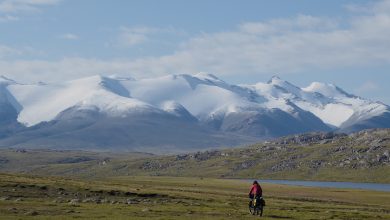 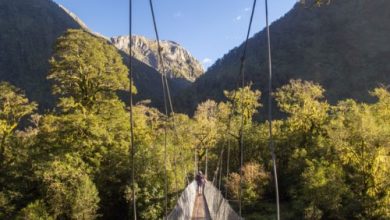 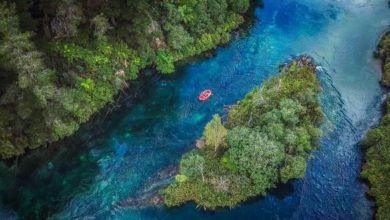