“I had to dig deep. It wasn’t an easy day. The only reason to do it was to get that ticket,” Currie says, utterly spent, in the finish line interview. “I was pretty disappointed to finish where I finished but on the bright side its par for the course and I’ve ticked the box to Kona. It’s obviously a real bonus and sets the year up now,” he adds.

While the podium result was the same as last year for Wanaka’s Currie, this time around in Taupo, he dialed up the pace and finished just under 5mins faster than 2019 in 8hours:04mins.36secs.

Once again, he demonstrated the true grit that time after time has seen him never give up and fight his way back onto the podium. Today that mindset saw Currie claw his way up from fifth off the 180km bike and 10mins down on the front-runner; to run into third place behind fellow Kiwi and defending race champion Mike Phillips (8:01:27) and winner British athlete Joe Skipper, who set a new course record in 7:54:17.

Skipper already has a Kona spot secured, which meant Currie and Phillips earned the two on offer. Currie was quick to congratulate the Englishman on his race.

“He just rode consistent and steady and kept chewing those minutes up. I didn’t know what was going to happen on the run and I thought he might have cracked a bit but full credit to him, it was a pretty amazing performance.”

Currie, who surprised himself and most others with a debut Ironman win at the 2017 Ironman New Zealand, began his day with his race-to-win plan intact. The 1.9km swim in Lake Taupo was lumpy with freshening easterly winds and he exited the water in 47mins:37secs as part of a chase pack that was slightly under 2mins behind swim specialist Kiwi Dylan McNeice.

At 20kms into 180km bike Currie was winding up his leg muscles and hit the lead. He held it for about 30kms but by the 100km mark he was trailing the leaders by 1min:10secs.

Coming into T2, Currie was fifth off the bike, just under 10mins behind leader Swiss athlete Philipp Koutny, with Skipper and two New Zealanders Mark Bowstead and Phillips holding second to fourth respectively.

Head down and feet pounding, Currie reduced the gap to new race leader Skipper, to 7mins:48secs by the 10km mark. By 33.1km Skipper had stretched out his lead, while Currie had eclipsed Bowstead and Koutny to move into the final podium position with 9km to go.

He describes the day as “bittersweet” and wraps up it honestly.

“It was not a bad day. I just missed a few opportunities on the ride. I stuck a little bit too much thinking I was going to run really well but I didn’t pull off the run I was hoping for. Nothing really flowed for me on the marathon today,” Currie says.

“This year is a big year for the sport. I’m heading over to Slovakia for the Collins Cup in May, then racing Cairns IRONMAN Asia Pacific Champs one week later. Then it will be three months of full focus heading towards Kona. I’m really stoked to have my Kona qual ticked off as now I can enjoy all the racing to come in 2020.” 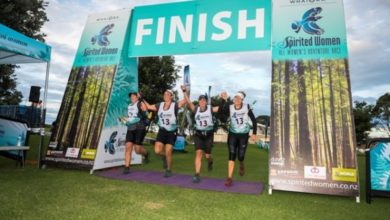 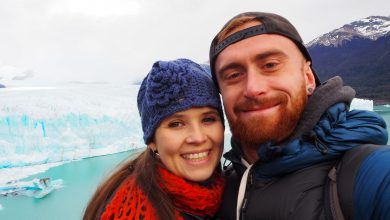