Words and photography by Derek Cheng

The wall steepened and I gingerly placed a foot higher, reaching for a hold. It seemed solid, but promptly broke. Luckily, I kept my footing and simply tossed the remains of the hold below with a cry of “Rock!”, sending climbers at the base scattering. A few moves higher, another loose rock was sent flying, this one the size of an onion. It scraped the leg of a friend at the base, who mistakenly thought that huddling in a corner would keep him out of harm’s way. Shit. This was perhaps the worst pitch of rock climbing I’ve ever done. There was nowhere to place any rock protection for dozens of metres in the brittle limestone of Castle Mountain, in the Canadian Rockies, which felt steep for grade 5.4 (12). Every foot and hand placement was delicate, tenuous. Every movement, slow and deliberate. I’ve grabbed handfuls of gravel more solid than this.

After several held breaths and excruciating moments, finally, I found a placement to place some rock protection. A few moves later, I climbed over a ledge to the first place to build an anchor and bring up my climbing partner. I continued up, reaching the top of the second pitch, when a blood-curdling scream swept up the face. I called out and anxiously waited for a response from my friends below signalling all is good. Silence for a few heartbreaking moments.

“I’m okay,” a response finally floated up. My friend had pulled off a block the size of a toaster. The block had luckily dropped harmlessly over her shoulder, adding to the debris at the base of Brewer’s Buttress.

Why were we there? Surely there are better mountains to climb, with kinder rock.

The same question lingered when I was kicking down loose shale near the top of Saddle Mountain. Or when a rock to the helmet rudely reminded me of my own vulnerable position while soloing Mt Indefatigable. Or on a rock route on Mt Rundle, when a chunk of limestone bigger than a loaf of bread broke off after my thigh merely brushed it. But the Rockies are magnificent in other ways – an adventure playground of the highest order, with endless mountain terrain rich in glaciers, forests, and peaks that push skywards. Where else in the world are there so many towering rock faces, most of them easily accessible from the main highway running across the country?

These words from Canadian climbing legend Sonnie Trotter say it all (especially the lack of words about rock quality): “It is absolutely astonishing to me that this heavenly range actually exists in real life. They are some of the wildest, most spectacular, pristine and, for the most part, accessible mountains in the world – and they are right in our own backyards.”

The first thing you notice when you enter Rockies territory is the sheer volume of rock. Around every corner simply reveals more mountains with more rock faces.

The Canadian Rockies form part of five National Parks – Banff, Yoho, Jasper, Kootenay, and Waterton – and a number of provincial parks. They run some 2000 kilometres from the border of British-Columbia and the Yukon, down through Alberta, and south over the US border to Montana. The rock is sedimentary, mainly limestone and bands of shale and quartzite that can be exceptionally solid, or notoriously brittle.

The heart of Rockies rock climbing is the town of Canmore, right in the heart of the Bow Valley and home to some 12,000 people. It is nestled among a series of eye-catching peaks. The Ship’s Prow blushes in the dawn light. The Three Sisters to the east catch the evening light. Mt Rundle’s 11 peaks trail a jagged line west to Banff. But several inquiries into rock quality were all met with the same shrug: “It’s the Rockies. It’s a bit shit.”

Still, the first pitch of Brewer’s Buttress on Castle Mountain transcended the usual definition of “crumbly”. We chose it because of the hut on a massive ledge halfway up the peak, and the fine view from the long-drop, perched on the edge of a precipitous drop. We bivied under the stars, with only the foraging of squirrels and the passing freight train breaking our slumber.

The following morning, after a mild leg-scratch and a near-miss on the first pitch, we climbed a number of aesthetic corners to the summit. The higher we were, the better the rock. At the top, the sharp, splendid pyramid of Mt Assiniboine greeted us in the far distance.

Assiniboine was immediately added to the list, which was growing every day: Ha Ling, the iconic peak I could see from our bedroom window; Yamnuska, the birthplace of climbing in the Rockies; the Grand Sentinel, a free-standing pillar on the south-east side of Mt Temple.

Many of the best bolted climbs – where you don’t need to place your own rock protection as you climb – were an outrageously convenient five-minute drive from town. This was mind-blowing to someone who was used to the 10-hour round-trip that is Wellington (see Taupo) rope-climbing. Even the alpine climbing wasn’t far away. Yamnuska? Twenty minutes to the car park. Lake Louise? An hour.

One day, we dared to venture beyond an hour’s drive, heading deep into the Kananaskis Range in search of a beautiful corner, aptly named Joy (grade 5.6,14). The 600m-high dihedral splits the main face of Mt Indefatigable from the first move to the final top-put. A stunning, unique feature.

Every climb seemed to have something special. Takakkaw Falls, in Yoho National Park, has a belay position a stone’s throw from a raging waterfall. Then, above a typically loose, unprotectable shale pitch, a giant hole in the face leads you into the darkness. The route requires you to crawl on hands and knees along this 30m-long cave. It is understandably damp, a remnant from a time when the waterfall was even more immense. It narrows just enough to force you to drop into a belly-shuffle, before you emerge into the light next to the apex of the waterfall and its narrow, sharp channels and deafening roar. Not recommended for the claustrophobic.

Sir Donald, at 3284m, is a dark triangle that dominates the skyline in Rogers Pass, and looks like it belongs in the Himalaya. It offers a delightful grade 5.4 (12) scramble up the Northwest Ridge, slowly rising above the surrounding glaciers and rugged peaks.

The back of Lake Louise is considered to be the cragging jewel in the Rockies Crown. Anyone who passes through with only a week to climb is told to head directly there. The rock is quartzite, often with vertical cracks and horizontal in-cuts for hands and fingers to surmount overhanging sections. There are roofs, arétes, technical faces, cracks – sometimes all in one steep, magnificent line. And the setting is stunning. The hue of Lake Louise seems to be infused with a purity of blue that doesn’t exist anywhere else.

Morraine Lake is in the same area, at the head of the Valley of Ten Peaks. A stroll up the valley not only gives you a view of several peaks that resemble the bottom jawline of some mammoth, prehistoric predator, but also brings you to the free-standing, 100m-high pillar known as the Grand Sentinel.

Of the few lines on it, Cardiac Aréte (grade 5.10d, 20) is the stand-out. Four bolted pitches up a sharp, aesthetic aréte, with wild exposure and a nearby glacier that frequently releases boulder torpedoes to the talus below. At the top of the route is a flat platform which seems custom-built to pose for summit photographs and bask in the euphoria that comes with the sheer pleasure of beautiful climbing in a magnificent position.

Lake Louise epitomises everything that is great about the Rockies: a lot of rock amid stunning serenity. But even here, we were not immune to shitty rock. While having lunch, some climbers dislodged a boulder the size of an armchair from the top of the cliff of Saddle Mountain. The sound was like the swooshing of a diving bird inches from the cliff face – but magnified a thousand times. I gazed skywards, half-expecting to see a winged dinosaur the size of a bus, but instead watched as the block obliterated into the ground a mere 10m from us.

This was a special type of playground, where falling death blocks could interrupt your lunch. As I continued to munch on my hummus and crackers, it struck me. You have to be prepared – more than usual – to navigate rock both excellent and fragile, but so long as death was avoided, it enhanced the experience. It improved your skill set. Close encounters with crumbly rock are character-building, and add flavour to the adventure.

The summer season in the Rockies is short and as October rolled around, several objectives – Mt Assiniboine, Mt Edith Cavell, the Tonquin – remained undone. Whole ranges unvisited. Therein lies the secret of the Rockies to keep drawing you back: the infinite rock faces will mean that the tick-list will always keep growing. 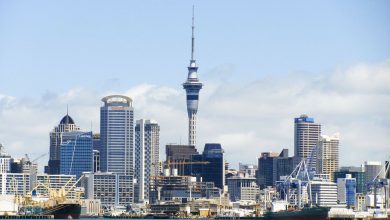 Top-10 Things to Do in Auckland for $1 after lockdown 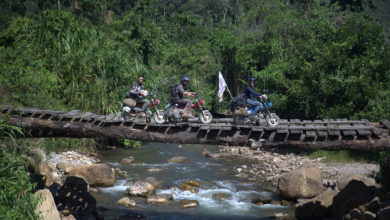 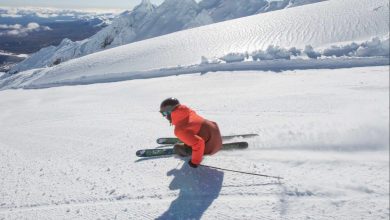 Mt Ruapehu on the hunt for staff 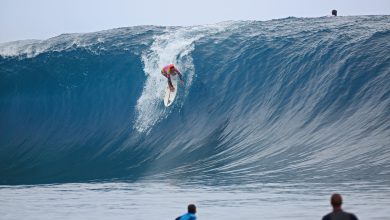