Like any niche sport or subculture, the factors that motivate people to freedive are manifold, and deeply personal: competition, adventure, community, self-expression, mindfulness and self-realisation, to name but a few. For me, it’s all about connecting with the ocean, interacting with its inhabitants, and experiencing the profound, but paradoxical, sense of freedom and belonging that comes from visiting a world that, despite its alien shifts in gravity, colour, sound, and temperature, feels distinctly comfortable and familiar. When we freedive, we re-enter a domain in which we share a common ancestry with all living things, and in doing so, unlock abilities that have lain dormant in our genetic makeup since our evolutionary predecessors deserted the oceans. It feels natural, instinctive and vital. It’s also a lot of fun. 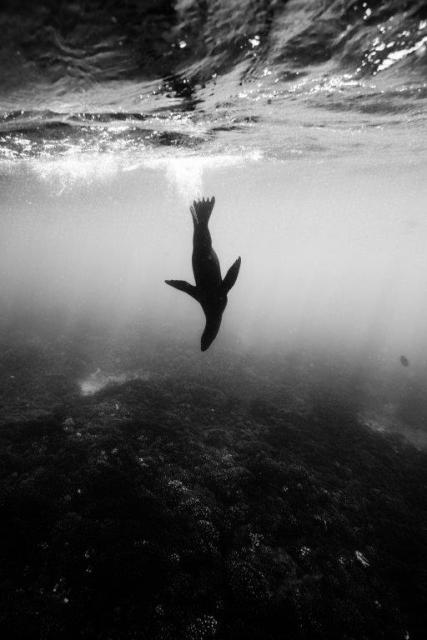 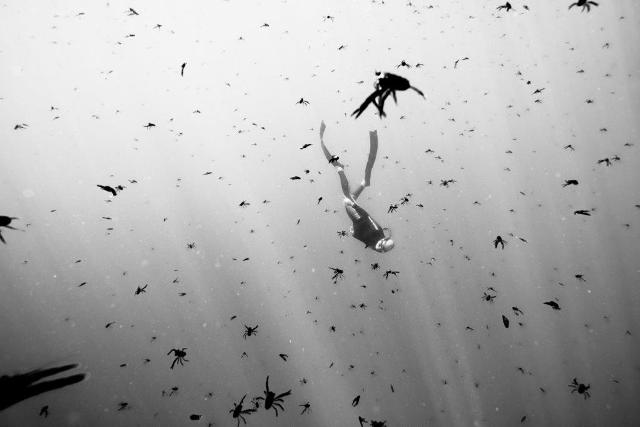 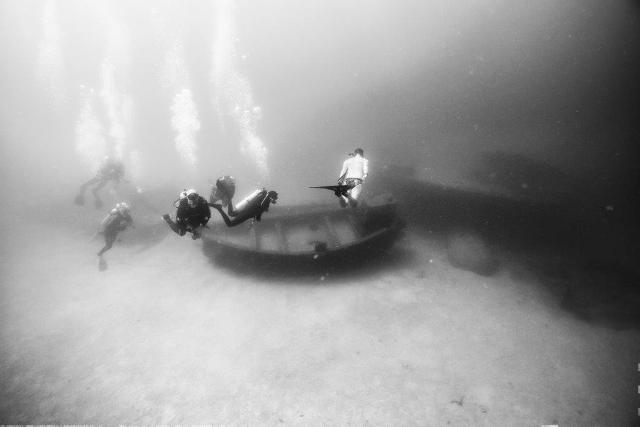 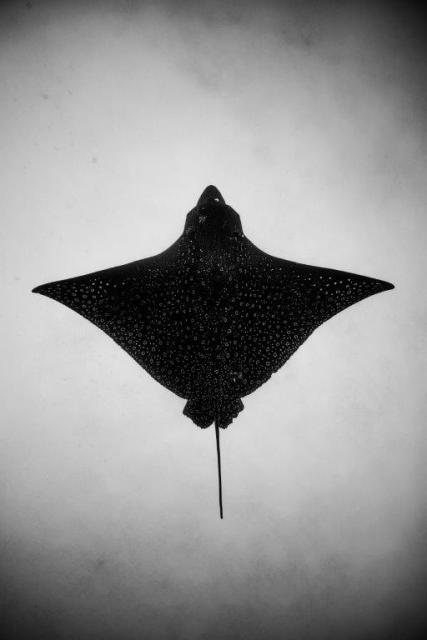 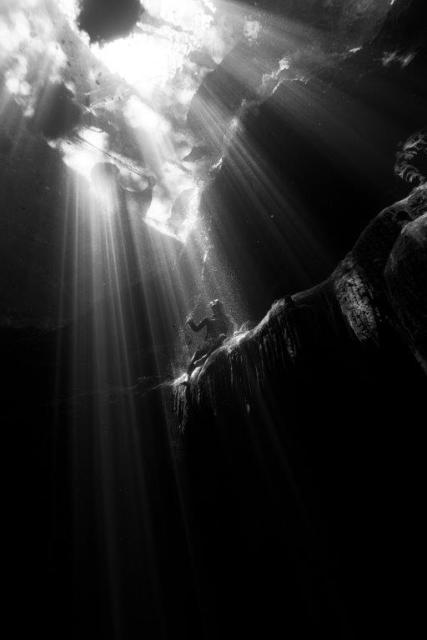 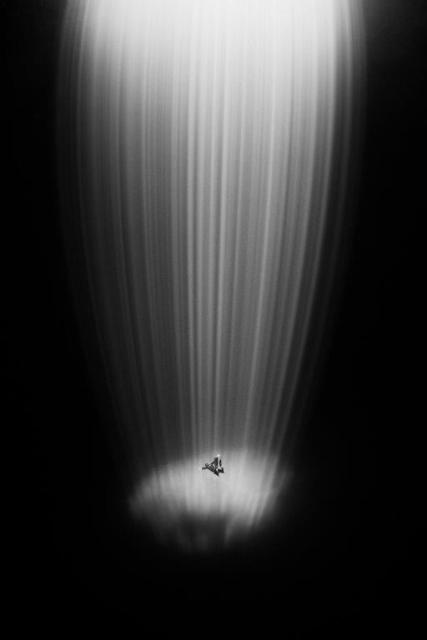 Freediving is equal parts mental and physical, internal and external, meditative and thrilling. In very simple terms, it involves the use of relaxation and breathing techniques to enter a state that allows a diver to spend extended periods underwater on a single breath of air, usually in the pursuit of depths matching or far exceeding those reached by recreational SCUBA divers. It can get much more technical, especially for the very deep divers at the forefront of the sport, but that’s not a side of it I’m particularly involved with, so I’ll leave any further exposition to the experts. You’ll find me in the first 20-40m, where there is an abundance of light, wildlife and scope for exploration.

My journey into the world of freediving was fairly atypical, and not without its dramas. Although I will now surely come across as a fervent freediving zealot, SCUBA diving was my first love. What little knowledge I had of apnea (freediving) was limited to Luc Besson’s ‘Le Grand Bleu’ and some stray online articles concerned only with the dangers of the endeavour, depicting it as fringe and inaccessible. It also seemed to be incompatible with my then nascent career in marine biology, which I was convinced would see me SCUBA diving for work for the rest of my days. Unfortunately, fate had other plans.

I had travelled to the Philippines to assist on a research project run by renowned shark scientist Dr Simon Oliver. After completing my stint there, I moved south to train and guide at a dive centre in Moalboal, famous for its resident population of sardines, which form a massive, writhing bait-ball, whose scale and synchrony is awe-inspiring. Days later, the thresher sharks I had been studying in the north would also arrive in the area for the first time in many years. What’s more, they were regularly predating the sardines using their elongated scythe-like tails, a behaviour that until then had been very rarely observed.   Positioning yourself close to the bait-ball guaranteed a front-row seat. The sharks would charge headlong at the sardines and just before contact, lower the head and pectoral fins like air-brakes, forcing the tail to whip forward, scorpion-style. It was beautiful and violent. The tail slap would stun multiple sardines at once, leaving them helplessly floating, their scales occasionally glinting in the sun, awaiting their now inevitable demise. After putting in a very excited call to Simon Oliver, who formulated a data collection plan, we set to work documenting the spectacle, twice daily.

This was a good start to a marine biology career, but things would soon stop going so effortlessly my way. Around four weeks into the work, after a perfectly normal day’s diving, I was overcome by lethargy and my vision became distorted – classic signs of decompression sickness (DCS).  Initially I tried to deny it, knowing that would mean the end of the trip. Breathing pure oxygen did nothing to alleviate the symptoms so I eventually capitulated – it was time for a trip to the decompression chamber, known affectionately as ‘the pot’. Two six-hour sessions in the coffin-like hyperbaric chamber at a military facility in Cebu City had me pretty much fixed-up. Once back in the UK, doctors explained that because I had suffered Type II DCS, where nitrogen bubbles affect the nervous system, any remaining scar tissue could be ‘sticky’ for nitrogen bubbles, making a second accident much more likely. I could return to SCUBA diving, but I would need to be extremely conservative and not pursue aggressive dive schedules. This pretty much ruled out a career in diving.

Crestfallen, I moved to Wales to undertake an MSc in Marine Environmental Protection, but my principal motivation and passion had been pulled out from under me. I pored over articles, trying to rationalise a return to SCUBA despite the risks. Then it struck me that freediving could be the answer. Although DCS is still a consideration for freedivers who go very deep, or spend significant periods diving repetitively at shallower depths, it can, when done properly, be a safer option than SCUBA because you are not breathing compressed air at depth, which greatly increases the amount of nitrogen available to dissolve into the blood. In fact, contrary to popular assumption, freediving is very safe if you learn with professionals, always dive with a qualified buddy and respect your own limits.

I saved up and took a trip to Thailand to train with a French instructor who incidentally had also found freediving after a suffering a serious DCS hit whilst exploring Thailand’s underwater cave systems. I immediately fell in love with it. Unencumbered by bulky SCUBA equipment, I was struck by the feeling of agility and freedom. Back in North Wales, I found a buddy to train with in the local quarries. I moved to London to start a PhD and job in marine renewable energy. There I joined a freediving club, Apnea Revolution, who practise twice-weekly in a swimming pool. They opened my eyes to myriad ways of improving performance, and I was soon holding my breath for more than five and a half minutes (though I must admit it never exceeds two minutes if I’m actively swimming). Perhaps most importantly, they introduced me to a bustling community of freedivers, even in landlocked-London.

At this point I was compelled to pick up a camera and document what was happening around me. £120 got me a Nikonos V on eBay; a 35mm waterproof rangefinder originally released by Nikon in 1984 (also the year I was originally released by my parents). The Nikonos line has a rich history, representing the evolution of a design first conceived, in part, by Jacques-Yves Cousteau. It  was later to be used extensively by photojournalists in the Vietnam war, who relied on its rugged reliability and amphibious capabilities to contend with the harsh tropical environs. Its small form-factor creates very little drag, making it ideal for freediving, where streamlining and efficiency are paramount. Less ideal are the manual focus, 36 shot limit and countless spoiled films you get if you end up with a slightly dodgy winder like I did. But I was very happy to shoot analogue, channelling the work of my heroes: Glen E Friedman’s documentary early day skateboarding and punk rock; Philip J Griffiths’ influential Vietnam war reportage; Henry Horenstein’s abstract aquarium project; and Wolfgang Leander’s pioneering work with sharks in South Africa.

I shot with highly sensitive, grainy black and white film using only ambient light partly because I loved the aesthetic, but partly because I had no lights, and therefore, no other choice. Years later I would incorporate digital into my work, but I’ve never been able to tear myself away from this minimalistic approach. I love the focus it places on physical form, the differences and similarities between animals that have evolved to thrive in a liquid world. I also like the fact that it is a geographic leveller, rendering images taken in in the middle of winter in the UK close to indistinguishable from photos from paradisal dive locations in far flung locations around the world.

I started taking every opportunity I could to shoot; competitions, training, weekends and holidays. I would rarely enter the water without a camera. Taking photos of freedivers is easy money, figuratively anyway. They move in a slow, deliberate, balletic manner, and make an arresting addition to any seascape once the viewer realises the little dot all that way down is in fact a person with almost no equipment, save for a mask, wetsuit and set of oversized fins. Taking photos as a freediver, on the other hand, can be quite challenging, and you need to be very comfortable in the water before you start taking the camera. Short dive-times require that you are immediate, decisive, and know your equipment inside out. Typically, I’ll have a fairly good idea of the type of shot(s) I’m going after before entering the water, but you have to be prepared to make adjustments.

Another significant challenge is exerting the self-discipline to return to the surface when you are close to your limit, even when it means missing something special. Trust me when I say this is more difficult than it sounds. One instance that springs to mind was during a dive on a submerged mountain far off the coast of the Baja Peninsula in Mexico, where I caught a brief glimpse of a fin whale, the second largest animal on earth, cruising by whilst accompanied by two sea lions spinning and swirling at its side. They were deep and moving fast. I did everything I could to keep up whilst descending, but I could feel that I was very close to my limit and still much too far for a photo, so I gave up and simply enjoyed the view as the three of them faded away into the blue. It was an amazing experience that I’m incredibly grateful for, but I can’t help lament that it would have made a killer photo.

When it comes to photographing wildlife, there are many instances where apnea is advantageous. You are fast, nimble and silent in comparison to your tank-laden, bubble-blowing counterparts. In my experience, most animals will allow you to approach much more closely, tending to be either entirely disinterested or mildly intrigued by your presence, cautious, but rarely afraid. You can reach a unique level of stillness, projecting an indifference that encourages wildlife to behave more naturally in your presence. It also allows you to explore the three-dimensional space of the water column more freely. SCUBA divers must follow a strict depth profile involving an initial descent to the deepest point of the dive, followed by a gradual but constant ascent. Freedivers on the other hand, are free to move up and down at their leisure, albeit for a much shorter period during each dive. This improves your ability to move with the wildlife, respond to changing terrain and seek out unique vantage points. Ultimately though, I think the most important gift freediving grants the photographer is diminished control. You don’t have time to sit and wait for the absolutely perfect moment to pull the shutter, so the influence of chance is amplified. In most circumstances, the greater the role of stochasticity, the happier I am with the image, it feels more collaborative.

It’s been strange writing this piece, because all these years later, I seldom think about that terrifying day in the Philippines when my life abruptly and violently veered from the expected course. Freediving and photography are now so tightly interwoven into the different facets of my life that it’s hard to imagine it was never part of the plan. It has allowed me to develop a new, deeper connection with the ocean, to integrate with a small but global community of like-minded people and has helped give my photography a sense of purpose and narrative coherence. I hope that as the work continues to develop it will encourage people to experience the marine environment for themselves and engender a sense of responsibility to protect it. 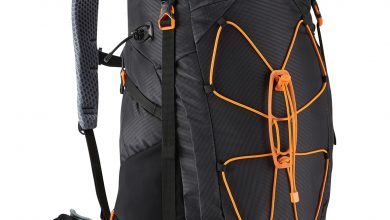 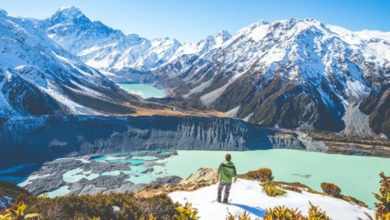 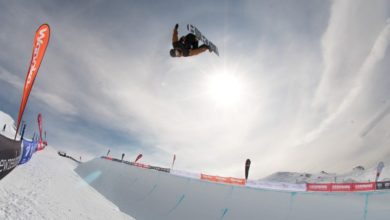 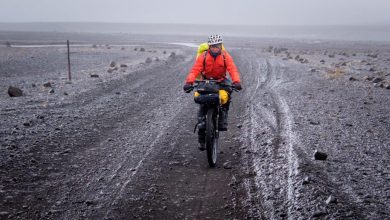