A man who has climbed 10 of New Zealand’s highest peaks, a dedicated outdoor instructor who has been known to dress as a pirate and a guide with a passion for marine life were among nine inspiring Kiwis recognised for excellence in outdoor leadership on Saturday.

The awards were presented at the annual New Zealand Outdoor Instructors Association (NZOIA) Excellence Awards dinner, hosted by Outward Bound in Anakiwa, on the shores of Queen Charlotte Sound. The prestigious ‘Tall Totara’ Award was presented to Timaru’s Sash Nukada in recognition of his contribution to outdoor instructing and dedication to passing on his love of adventure.

Mr Nukada is the Sustainability and Outdoor Education Programme Leader at Ara Institute of Canterbury’s Timaru campus. He holds NZOIA Bush 2, Alpine 2 and Rock 2 qualifications and brings a lifetime of experience in the outdoors, from climbing in Yosemite, Arapiles and Thailand to trekking in Nepal, snowboarding in Japan and mountaineering in the Indian Himalayas.

NZOIA Chair Gillian Wratt said Mr Nukada was an accomplished climber and educator who had remained humble despite his considerable achievements.

“Humorously described in by one his nominators as ‘the love child of a fling between rock climbing legend Dan Osman and the Dalai Lama’, Sash personifies excellence in outdoor leadership,” Ms Wratt said.

“His mix of technical ability, patience and humour are renowned in the industry and he has played an important role in inspiring many of the outdoor instructors who are working across New Zealand today.”

Another highlight of the evening was the presentation of the ‘Emerging Instructor’ award to Lacey Beadle, who works as an outdoor instructor at Outward Bound.

Ms Beadle’s award nomination noted her expertise in tramping, kayaking, rock climbing and mountain biking, as well as her penchant for dressing up in costumes – including as a pirate – to bring a touch of humour to her lessons.

“Lacey is an outstanding individual who teaches with charisma and a strong dose of humour,” Ms Wratt said. “She has a knack for building rapport with students and shows an impressive commitment to ongoing professional development.”

The 2019 ‘Emerging Guide’ award was presented to Cowan Fearn, who works as Head Guide at Kaikoura Kayaks in North Canterbury.

Ms Wratt said Mr Fearn’s energy and dedication to the marine environment he works within made him a worthy role model for others in the industry.

“Anybody looking to get into a career as a guide would do well to follow Cowan’s lead. Not only is he a knowledgeable speaker and an outstanding kayaker, but he also practices the sustainability he preaches, biking to work, going out of his way to remove litter from the beach and ocean, and actively participating in wildlife education,” Ms Wratt said. The awards dinner also saw the presentation of six Tertiary Awards for recently graduated guides and instructors who have shown outstanding potential during the studies. This year’s tertiary recipients were Aaron Aldersly of Wintec, Shania Kuipers of Nelson Marlborough Institute of Technology, Sophie Richards of Tai Poutini Polytechnic, Braden Hodgson of Hillary Outdoors, Reece Saywell-Emms of Ara Institute of Canterbury and Jake White of Otago Polytechnic.

The NZOIA Excellence Awards dinner was one of the highlights of the 2019 NZOIA National Training Symposium. More than 150 outdoor guides, instructors and assessors from around New Zealand attended the four-day symposium to share knowledge and take part in a wide range of professional development and revalidation workshops. 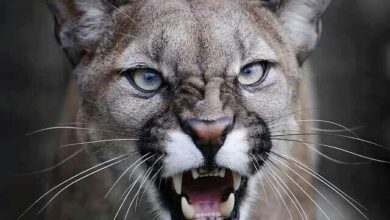 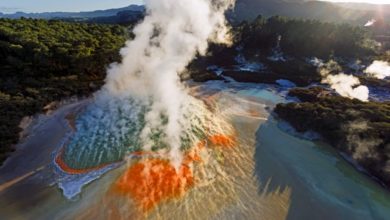 ROTORUA TO HOST FIRST EVER NORTH ISLAND GODZONE IN 2020