The women’s race is poised for an exciting battle while a new winner is guaranteed in the men’s Kathmandu Coast to Coast longest day world Championship this Saturday.

The women’s one day event features four time winner Elina Ussher who is competing in her fourteenth straight Coast to Coast along with a strong mix of experienced New Zealand and international athletes and a number of competitors still relatively new to multisport but who could still mount a serious challenge.

“Being an ex-competitor I still get excited about the pointy end of the field,” Kathmandu Race Director Glen Currie said. “There is an amazing depth in New Zealand adventure racing with a number of athletes training like Olympians for Kathmandu Coast to Coast glory.”

“New Zealand generally dominates on the Adventure Racing world stage and arguably one of the reasons for this is the depth and strength of female athletes in the sport.”

“Elina Ussher is again number one in the race having won it numerous times before,” Currie said. “She knows the course so well and has strength in all disciplines so will be difficult to beat.”

Ussher feels like she has had a good build up, taking it easier after an intensive period of racing in China in September and October and competing in the Pioneer six day mountain bike stage race in November.

“I only started my Coast to Coast training  just before Christmas, so it’s been relatively short build up but  a little bit more intense than in the past,” Ussher said.

Currie thinks Simone Maier is arguably currently the strongest female competitor in New Zealand across all disciplines, saying that the fact she has not been able to win the One Day World Multisport Championships before – she has finished second and third – will make her “super hungry for it this year.”

Like Ussher, Maier has had her shortest build for the event but says she is feeling good about it. “I’ve had no injuries or sickness so I feel good about Saturday,” she said. “I have trained well for it and I feel I’m ready to race hard and enjoy the scenery along the way. I want to race my own race and have fun and then the result will take care of itself.”

“Every time I race I’m aiming to win. It is an amazing course and I just like to see what I can do on it, going hard and feeling great, but you don’t get many of those days as there are so many elements that can happen.”

How Swedish adventure racing champion Marika Wagner can perform in her first attempt is a question race officials and her fellow competitors are all wondering. Wagner has an impressive resume that includes winning the 2018 Åre Extreme Challenge, Scandinavia’s first and oldest multisport adventure race that doubles as the Open European Multi Sport Championship. She has performed well in mountain biking and is a strong runner but is more at home racing as a team so how she adapts to racing solo as in individual will be watched with interest.

“Honestly I have no idea how the race is going to go,” Wagner said. “I’m hopefully going to do a good race, but I’m aware of the knowledge, experience and preparations of the other contenders. It’s my first time in New Zealand and I absolutely love it. Both the race and the trip have been big dreams of mine.”

“This is a big challenging race and I’m very humble about being here to do it. I do want to have a good race without deep lows and finish with the feeling that I’ve been strong and pushed it hard. There’s no easy bits and that takes a lot of mental power and I’m more used to racing in teams so it will be interesting to see how I manage alone.”

Currie expects Wagner to follow Ussher and Maier through the challenging mountain run in the hope of potentially upsetting them later in the day, but thinks her lack of course knowledge may prove to be a decisive  factor in the days outcome.

Corrinne O’Donnell is one of the female contenders to watch this year according to Currie after she has made a name for herself on the Adventure Racing scene picking up what he says are “those crazy Whakatane adventure racing genes.”

“She could potentially upset all of the major favourites this year, so the women’s race is shaping up as a very tough battle. As always it is a deep field with the likes of Bern Dornom and Leela Hancox who will be flying the Australian flag. Claire Bell, Isla Smith, Fiona Dowling and Georgia Whitla are all potentially podium contenders.”

Currie thinks the men’s race is shaping up as arguably one of the most exciting in years. “With no Ussher, Currie or Clark names on the start list it means there isn’t really a one to beat scenario,” he said.

“Alex Hunt from Australia has the number one bib after his runner up performance to Sam Clark last year. He now has a good appreciation of what it takes to win and will no doubt be hungry to back up his number one seeding and be the first foreign to win the one day men’s race since World Marathon Kayak Champion Australian John Jacoby won in 1993.”

Christchurch based Sam Manson and Wanaka endurance athlete Dougal Allan loom as the two Kiwi favourites to take the one day win.

Allan, who in recent years has focused more on long distance adventure racing and triathlon events, says that deep down he always knew he would be back at an event he hasn’t done since 2013 when he was third behind Braden  Currie and Richard Ussher, it was just a matter of when.

“My build up has been pretty smooth sailing,” Allan said. “It has been hard and consistent and very targeted, which it needed to be after six years away from the race. I have felt a renewed excitement for the race and the preparation that goes into getting there in top shape, so I look back on my training block with awesome memories and am proud of how I have focused so well.”

Allan says he is excited to test himself after the six year absence to see if he has managed to come back in a position to race better than he has previously. “My approach will involve patience, consistency and a self-focused mentality, in other words I plan to race the course first and foremost. If I can race the course to the best of my ability I am confident I can be competitive.” “I have great admiration for any top level athletes that come to race the Kathmandu Coast to Coast but especially those who do so from overseas. We have a unique environment in the South Island and both Alex (Hunt) and James (Pretto) showed they weren’t bothered by it last year. It will be a huge challenge and I cannot wait.”

“I’m certainly fitter than ever and it’s about executing it right on race day. It’s no secret my paddling has been going well lately but I am certain my running and cycling is in fine form too.”

Currie said Allan has returned to the event this year for no other reason than to try and win it. “There is probably no other athlete that has done under 11 hours on the current course yet finished second, so just how he goes after his time away is another fascinating element.”

Manson has a committed an entire year to purely focus on this year’s Coast to Coast. “This is my biggest build since I started in 2012,” Manson said. “Usually I do loads of racing through the winter and spring which reduces the volume at which I can train, but by only competing in two multisport events I have been able to increase the hours and volume at which I train and become better at some of my weaker points.”

“James had a great race last year that I was impressed by and I am sure I’ll see him near the front again this year and Alex is always an impressive force to reckon with. It’s great to see Alex is improving his finishing times in this race as he better understands the technical and navigational aspects of the run and paddling the Waimakariri River.”

Such is the cycling strength of Allan, Currie believes any of the men wanting to win in New Brighton will have to have at least a five minute lead coming out of the kayak too hold him off on the final 69 kilometre cycle leg.

There is good continuing growth from schools and younger aged competitors and those in the tandem two day event that sold out early and includes former All Black Captain Richie McCaw and his long-term friend and Adventure Racing team-mate Rob Nichol.

The Kathmandu Coast to Coast, which filled up this year at its earliest point in 14 years, gets underway on Serpentine Beach south of Greymouth at 7am on Friday with the World Championship Longest Day event getting underway on Saturday morning at 6am. 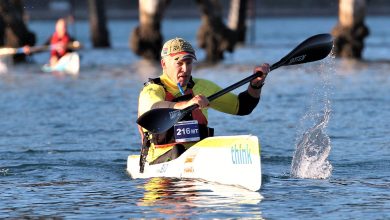 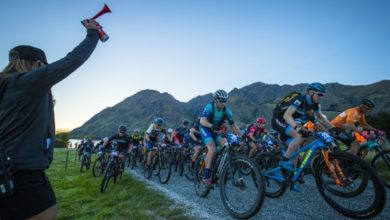 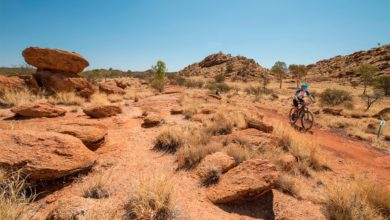