Like every good adventure, plans change. The NZ Mountain Film and Book Festival is forging ahead to run the popular annual live festival in both Wanaka and Queenstown in late June. The charitable trust’s goal is to deliver the best event possible, adapted to follow the government guidelines for events and gatherings. Festival fans will be pleased to hear the organisers have created a flexible plan, able to be adapted to any restriction level. This includes several smaller events as well as online screenings of the festival favourites. Festival Director Mark Sedon explains the approach: “We feel it is important to run our event, albeit a little differently to other years. Based on feedback we feel that by the time we get to late June everyone will be ready to get out and about, providing they feel they are safe. Our core goal is to bring some inspiration to our audience when they need it most and continue to bring people in our adventure community together both on- and off-line.  Our hope is that we are in Level 1 or 2 by this time; regardless, we will have some awesome viewing ready for the festival fans.”

The 18th NZ Mountain Film and Book Festival is scheduled to run live in five venues in Wanaka and Queenstown simultaneously from 26 to 28 June. The smaller venues will restrict numbers and allow for social distancing and seat numbers for contact tracing should it be required. The events will include the popular Opening Night, guest speakers, award-winning films and books. The trust has received over 188 entries in the filmmaker competition including a record number of NZ made entrants (25) and the best of these films make up the sessions in these categories:  NZ Pure, Snow Show, Environmental and Cultural.  These sessions will be hosted nationally online from 26 June to 5 July. The ability to run the event this year has been largely due to the continued generosity of sponsors, patron and friend donations.  Queenstown Lakes District Council and Community Lakes Trust, as well as many long-term sponsors, have supported the reshaping of the event. Sedon says, “The continued financial support from our backers has been incredible and the feedback and donations from our audience have been so encouraging. These contributions mean we can give 2020 our best shot and look forward to being in a strong position to host our full-scale event in 2021. After 18 years of building this event we are incredibly appreciative and humbled by the support.”

The award-winning films and books will be announced on June 1 when the full festival programme and tickets will be made available at mountainfilm.nz

About the New Zealand Mountain Film and Book Festival

The NZ Mountain Film and Book Festival 2020 live events will run in Wanaka and Queenstown from 26 to 28 June. Online events will run from 26 June to 5 July. The event is a celebration of adventurous sports and lifestyles presented for adventurers, film and book enthusiasts and armchair adventurers.

The NZ Mountain Film and Book Festival is a member of the International Alliance of Mountain Film, hosting speakers, a world-class line-up of films, and a broad range of literary events, all celebrating adventurous sports and lifestyles.

The festival holds an international adventure filmmaking competition that receives submissions from filmmakers from all over the world. The finalists make up the festival programme, screened both off- and on-line. The standard is exceptionally high and the event sits on the world stage alongside other well-known events.

The Mountain Book competition champions the theme of ‘adventure sports and lifestyles’. Written work is submitted in a range of categories to win prize money and compete for the Grand Prize. The Mountain Book event also features author readings, old-fashioned storytelling, writing workshops and children’s events.

From off-the-cuff storytelling to highly crafted film-making and written works, all events celebrate the love of adventure and the outdoors, the environment and foreign cultures. The festival line-up includes world-famous speakers, a packed programme of adventure, cultural and environmental films, informal storytelling, workshops, author readings, an adventure trade show and a free youth programme.

The festival programme is available online and tickets can be purchased at www.mountainfilm.nz

More details can be found online at mountainfilm.nz or for further media information contact: 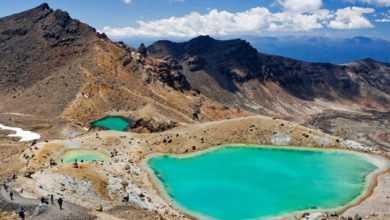 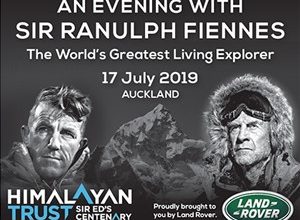 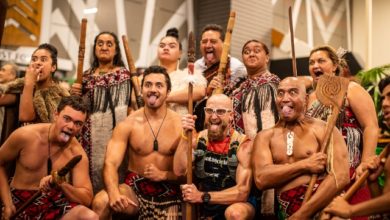