With the continual rise of Pack Rafting taking over New Zealand’s remote and inaccessible waterways, we decided to throw some rafts on our backs and head out into the wild for some backcountry fun. Nestled amongst some of New Zealand’s most beautiful landscapes flows the magical Greenstone River. A river surrounded by snow-capped peaks, beech forest and just the most epic of scenery. Teaming up with Queenstown Packrafting and a few of the lads to head out on a trip that we hoped will have it all. The perfect intermediate pack rafters dream, multi-day. Something close to Queenstown with the feeling of remoteness. The Greenstone is that place. 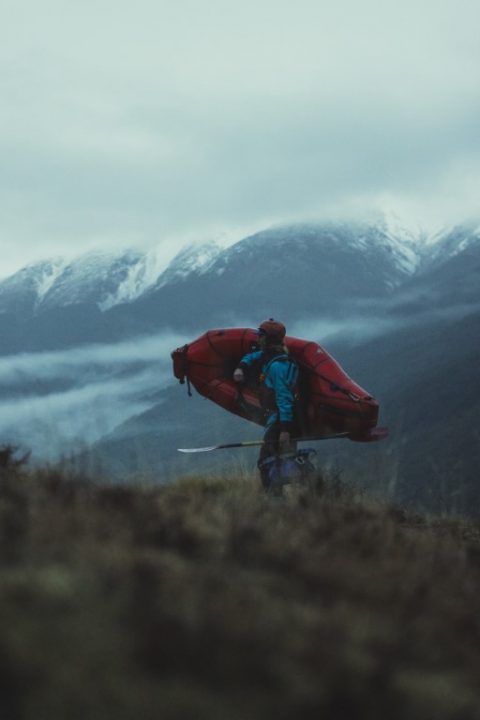 Jumping into the van at the Queenstown Airport, the team was diverse. A mixture of those that had paddled for years and those that hadn’t. The atmosphere was alight, fired up for some freedom and a good time in the hills. A few pies deep for a late breakfast and the discussions slowly encroached into the seriousness of the ‘Polar Blast’ currently barrelling across the lower South Island covering the mountain tops with snow. As the Greenstone River is located between the Thomson, Alisa and Livingston Mountains, it was bearing the brunt of the heavy rains. Access is via a long walk across the Greenstone Caples Great Walk or from the West with a short, steep slog from the Milford Road. We opted for the jaunt over Key Summit from the Divide, into Lake McKellar & the Greenstone Valley.

The Main Divide Carpark quickly became a scattering of equipment synonymous with any pack-rafting trip. To any onlooker, we must have looked overly optimistic to be able to fit this garage sale of equipment somewhere in our packs. Moments later we were locked and loaded, leaving in a cloud of yarns and laughs ready for the good times. The route was along the Western side of the well-established, frequently walked Greenstone and Caples tracks meaning it was light work and fairly quick travel over the edge of the summit and down to the water. Once we reached the Lake and the headwaters of the Greenstone, we got kitted up and headed towards the river. More famous for the incredible fly fishing, the upper stretches of the Greenstone River rarely get paddled. Fortunately for us, the continual downpour meant a higher lake level and enough water flowing out of Lake McKellar minimising our walking and maximising our paddling. The river sets off with a relaxed tone. Dense Beech Forest blankets the edge of the river, almost falling into the water creating a border of stunning greenery. The flow was moving quite rapidly, constantly descending without too many rapids. Almost like a canal, making the biggest danger at this stage of the trip the constant fear of rounding a blind corner into a cesspit of trees as we made our way through the upper reaches of the Valley.

We were moving quickly, helped along by the rising river. Before we knew it, we had arrived at the first gorge, right on dusk. The flow growing now into quite a raging torrent, the gorge boxed in a bit before we arrived above a blind horizon line and the sky was getting dimmer and darker as we approached a mid-winter dusk. A quick yarn leads to the decision not to blindly descend further into the gorge in darkness, but instead opt for some river rock climbing and a quick portage around. An overnighter at the majestic Greenstone Hut meant we awoke at the top of an epic section of class 4 white-water. In the morning after a quick scouting mission, we broke the team in half, with 3 electing to portage while 3 returned upstream and dropped into the Greenstone Hut Gorge. Overnight the rain had been insistent and unrelenting leading to huge flows in the morning. Dropping into the gorge we were greeted with 3km of stonking big water class 4. The scene was set with a burley swim as a boil threw one of our pack-rafts upside-down. A quick rescue and gear recovery as we continued downstream slowly working our way through some epic rapids. Huge waves, long fun rapids and tonnes of fist pumps had the 3 of us stoked as we re-joined the crew downstream. From here the boogie water between the gorges was getting fluffy and fun. Huge waves with the river flowing at a rough guess close to 80-100 cumecs. We were moving fast now,  as the river descended further to Slips Flat and the Third Gorge. Again, we were met with continuous white-water, boils, huge wave chains and tonnes of laughs as we all fell into the river. Fortunately, all the swims were quick and easy.

Regrouping with the entire team for a quick lunch before we all jumped on and paddled together for the final kilometres through the epic last gorge. From here it was a couple of kilometres to the confluence with the Caples River, but the whitewater was unrelenting. Huge waves, some brutal and challenging ferries made for an eventful last couple of kilometres. The Caples River added more juice to an already juicy river and after a few more swims we found ourselves at the takeout all stoked on an epic mission.

If you’re in to pack rafting this is a must do, but before heading out check out the DOC webpage for alerts about the track and huts and be sure to check the flows before heading into the Greenstone. For more information touch base with Huw @ Queenstown Pack Rafting. 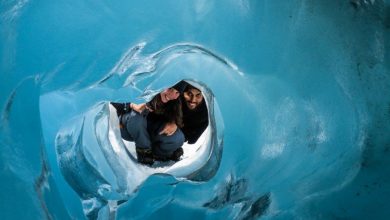 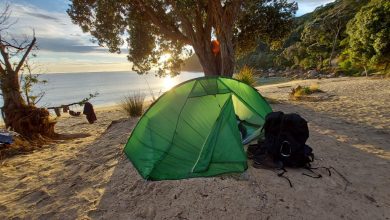 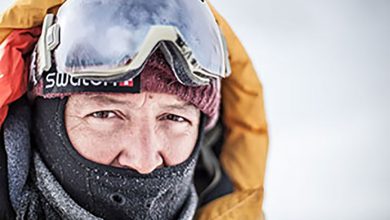