A further five snow sport athletes have been named to the New Zealand team for the PyeongChang 2018 Olympic Winter Games. The additions take the total number of athletes to 21, making it New Zealand’s largest ever Winter Games team.

“It’s absolutely fantastic,” says Chef de Mission, Pete Wardell who is currently in PyeongChang preparing to formally register the New Zealand team for the games. “These athletes have had a high pressure season working towards this moment and with just two weeks to games time I’m delighted they have made it.”

“The Olympic Games environment is extremely tough and to meet the selection standards set by the New Zealand Olympic Committee is an achievement itself. I’m very much looking forward to supporting them in PyeongChang as they wear the fern with pride.“

“The fact we are sending our biggest team ever shows the increasing depth of talent and skill in New Zealand’s winter sport high performance community.”

Britt Hawes said she’s very happy to have made the team. “I’m beyond stoked to be selected after fighting hard for this and I’m proud and honoured to have been given the opportunity to represent New Zealand,” she says.

Having only become eligible to compete in senior competition during the 2017 New Zealand winter, Alice Robinson has made a rapid rise through the world rankings, surpassing even her own goals and expectations.

“I am feeling extremely honoured and grateful for being selected in to the New Zealand team for the upcoming games,” said Alice.

“I am so happy to be given this opportunity and am super-excited to be competing at my first games so young. Starting my first year of FIS (open grade racing) this season, the idea of the Olympics seemed like a long shot, so I am so happy that my results over the past six months paid off and gave me a spot on the team. When I think back to the start of the year I wouldn’t have thought that I would be selected, it’s a dream come true.”

Alice has a busy lead in to the games with a World Cup race in Lenzerheide, Switzerland today (Saturday 27th) followed by the Junior World Championships in Davos, Switzerland from 29 January – 8 February, before she travels to Korea.

She says, “I’m feeling confident going into Junior Worlds and hope to be competitive in the tough field.”

Adam Barwood
Adam Barwood’s career began with a school holiday learn-to-ski programme at the age of nine. Since then he has gone on to represent New Zealand in alpine ski racing at the sport’s pinnacle events, including the 2014 Olympic Winter Games and the 2013, 2015 and 2017 Alpine Skiing World Championships. Adam is a member of the New Zealand Ski Men’s A Team and is the National Slalom Champion.

Alice Robinson
Having positioned herself as one of the world’s best junior ski racers, winning top level youth races such as Pokal Loka and the US Under-16 National Giant Slalom Championships, Alice Robinson began competing in senior level races in 2017 and achieved impressive results right from the start.
In her first year of senior International Ski Federation (FIS) racing Alice has achieved podium finishes at FIS, National Championship, Australia New Zealand Continental Cup and North America Cup races. She is the New Zealand National Champion for Giant Slalom and Slalom.

Britt Hawes
Britt Hawes’ ski career began as a four-year-old weekend warrior, with the family regularly making the journey from Wellington to Ruapehu in the early hours of the morning to make the most of a weekend on snow. Her early love of snow sports has never left her and Britt has turned her hobby into a rewarding career. She is a qualified ski instructor and coach at Cardrona Alpine Resort and is delighted to have met her goal of qualifying for the 2018 Olympic Winter Games in freeski halfpipe.

Duncan Campbell
Having started out on skis at the age of three, Duncan made the switch to snowboarding at seven-years-old. A chance meeting on the chairlift with two-time Olympic Champion US snowboarder Seth Wescott inspired Duncan to give snowboard cross a try. He loved the speed and adrenaline of racing and made his World Cup debut in 2015.

Willis Feasey
Willis Feasey started skiing when he was two years old and, competitive by nature, soon took to racing. He won the Snow Sports NZ Breakthrough Season award in 2014 and, alongside team mate Adam Barwood, has gone on to record some of the best alpine ski racing results of a New Zealand male. Willis is a member of the New Zealand Ski Men’s A Team and is the National Giant Slalom Champion. He represented New Zealand at the 2013, 2015 and 2017 Alpine Skiing World Championships. 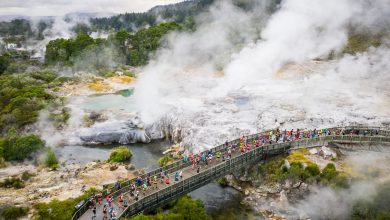 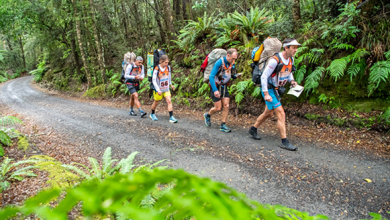