In a race stacked with international stars it was always likely racing would be intense and fast and so it proved to be the case as the visitors dominated the 102km race at the Tarawera Ultramarathon event in Rotorua today, while the locals tasted success in the 50km event in close to perfect trail running conditions.

Tom Evans (Great Britain) was imperious in a race record setting win in the Ultra World Trail Tour 102km race, the Brit runner was in control throughout and paced himself brilliantly through to the line in a new race record 8:03:26, only just missing the magic eight-hour mark.

“It was just one of those days where everything felt right. All of the support all around the course was incredible, I couldn’t have done this without that support. Thanks to the organisers, all of the volunteers and all of the people at the aid stations, they were all incredible. I apologise for the sweaty high fives but thank you so much for all the support, it means so much. Being in New Zealand for three weeks and this is job done.”

The 28-year-old former Army Captain did admit to one rather dodgy moment on course, but thankfully one he recovered from to get back to his race plan.

“Thankfully there were no cameras around, but I took a pretty serious tumble early on. But the way I do this is to split the race into three or four parts and have a goal for each part. For me the beginning was to chill out and then work on the technical sections and finally see if I could carry it home, and it went to plan.

Evans announced his arrival on the trail running scene in with a third-place finish at the Marathon de Sables in 2017 and suggested post his win today that this is where his future lies.

“I have some really big goals for the next couple of years, but this is me, I am super exited that this is still the beginning of my trail running journey, and I am looking forward to what the future holds.”

Evans was over half an hour in front of Mathieu Blanchard (Canada), with Kris Brown (USA) less than a minute further back in third, with the effort telling on the American as he was whisked straight away to recovery after leaving nothing in the tank trying to chase down Blanchard.

Runner-up Mathieu Blanchard loved his day on a stunning course, even if he was a little generous with his description of the forest and bush covered trails.

“I enjoyed the jungle; it was super-nice. I thought we might have a super-hot day but in the jungle you run in the shadow and it was cool, we crossed some rivers and I jumped in at one point which was very nice.”

Pre-race favourite and 100 mile world record holder Zach Bitter (USA) just did not have a great day, taking a spill at the 35km mark and from then backing off to eventually finish alongside his wife Nicole as she finished the women’s race in fourth place.

The women’s race saw debutant Manuela Soccol (Belgium) stun the field with a brilliant victory, one that left the former Olympic Games marathoner in tears at the finish.

“In the beginning I didn’t think I could win because the race was so fast, but I was feeling strong and I just risked it all. I have no words to describe this feeling. It is just so phenomenal. I think I proved myself today with this win.

“I tried to enjoy everything and the beautifulness, but it was hard and painful at times. The support was just so great, I couldn’t imagine anything better.”

Soccol proved too strong for another debutant over the distance in Anne-Marie Madden (USA) and Naomi Brand (South Africa).

Naomi Brand summed up her challenge perfectly when describing Madden and Soccol.

“Today was amazing for me to be on the podium running against such high-quality athletes, the runner with long legs and the dynamite in a small pocket (Soccol) were just so good today.” The 50km races were fiercely fought, with the large finish line crowd delighted to see success for two locals, with Michael Voss taking out the men’s event and Caitlin Fielder the women’s, with Voss a local through and through and Fielder returning to her hometown of Rotorua for the first time in seven years.

Voss is making quite the name for himself across multiple formats, having finished third at the 2019 Rotorua Marathon and recently winning the Traverse, the 23-year-old admits that the trails might be where his future lies.

“I love going out on the trails, it is where I do all my training and it makes the time go a lot quicker and is more scenic, I have some unfinished business on the road but I am definitely getting into more of this now.

“The best part of the day was the supporters, the aid stations and all the friends and family out there that kept me going on the day. You go through some rough patches and wonder why you are doing it but hearing them boosts your morale.”

Voss suggested he had timed his effort to perfection, with not much left in the tank at the finish line.

“I felt the hammies going on the Sulphur flats there, there were a few little stumbles so yeah, I didn’t have much more in me.”

Voss led Ben Duffus home by just over five minutes, with another Kiwi in Vajin Armstrong a further eight minutes back in third.

Women’s winner Caitlin Fielder is these days splitting her time between Europe and Nelson but is proudly born in Rotorua and loved the home-town support and a few flash back moments as she covered the 50km in her childhood domain.

“It was amazing actually, I was born in Rotorua and haven’t been back in about seven years so it was like trotting down memory lane around Blue Lake but back then I wouldn’t have run that far so it was like coming back with a whole new mission. My mum dad and sister and friends were along the track so that was cool, I loved it.”

Fielder is relatively new to top level running but hinted this won’t be the last we see of her at the Tarawera Ultra.

“I started running properly two or three years ago and I now live in Andorra which is between Spain and France and is pretty mountainous. I train every day and get into it more, but I just enjoy the running every day without any pressure.

“I would love to come back every year and make it a regular trip back home for sure.”

Fielder won by just over 27 minutes from Debbie Donald (NZL) with Ella Higgins (AUS) just over a minute behind in third. 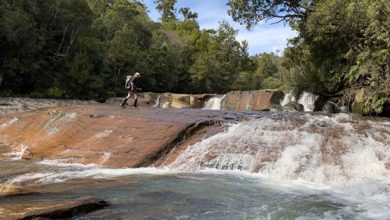 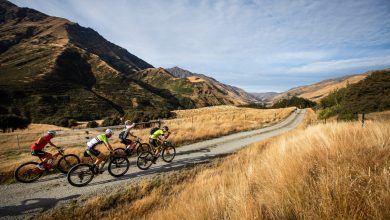 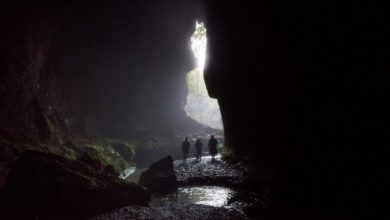 Good dirty fun for all ages at the Waitomo Trail Run