As summer looms, majestic Mount Ruapehu sheds its winter coat (well most of it) and reveals its slopes for a whole new world of fun and enjoyment.  Each year the Tongariro crossing receives upward of 110K trampers (and increasing at approximately 10% PA) across its unique trails but few realise the secret they are missing just a stone’s throw away on Mount Ruapehu. The raw beauty of a World Heritage National Park and the alpine terrain of the North Island’s highest peak make for one of the country’s most adventurous playgrounds. Wild as it may sound, Mt Ruapehu is easily visited, is a safe and spectacular way to become acquainted with the volcanoes of Tongariro National Park. These volcanic walks are the perfect way to explore the mountain. There is something here for everyone from hard-core trampers to walking with the kids.  There are a number of short walks, ranging from 30 minutes to 2 hours return, which will take you through the alpine terrain without needing a high level of fitness. Described as the best short walk in Tongariro National Park, the Skyline Walk showcases the stunning views on offer by climbing to Skyline Ridge (2,300m) before returning to the top of the chairlift. Other volcanic walks include the Amphitheatre and the Meads Wall Walk, a favourite with Lord of the Rings fans. All volcanic walks are marked but are not on formed tracks, so good hiking boots are recommended. And if all this seems a little too much take the chair lift up and ease your tired legs to the highest café in New Zealand, a beautiful 30 million dollar café awarded for its architectural design, while taking in the views on the way up.

Described as the best short walk in Tongariro National Park, the Skyline Walk showcases the stunning views on offer by climbing to Skyline Ridge (2,300m)

In a bit more detail

Ten minutes return from Iwikau Village, at the top of the Bruce Road. Follow the route to Meads Wall – a spectacular rocky outcrop which was one of the filming locations for Lord of the Rings. Meads Wall drops off steeply and care is required whilst standing at the edge to enjoy spectacular views of the valley below and Ngauruhoe to the northeast.

If you don’t do anything else this summer do the Skyline Route. 2 hours return from the top of Waterfall Express chairlift, Whakapapa Ski Area. This walk follows a poled route, marked only in summer, over steep rocky terrain and loose scree. There is no formed track. This walk is not recommended in winter, in poor weather, and/or snow or ice cover. Follow the marker poles beside the Valley T-bar line, at the top of the T-bar, climb up the side of the ridge to your left for fantastic views.

Walk to Mt Ruapehu’s Crater Lake with a guide

Visiting the Crater Lake will be one of the most memorable experiences you’ll ever have. Often overlooked in preference to the Tongariro Crossing  its been described as the best one day walk in New Zealand, it is impressive that bost the crossing and the Crater lake are in such proximity to each other and so highloy acclaimed – you could always do both. Guided Crater Lake walks are led by experienced guides at an easy pace, so there’s plenty of time for rest breaks and informative talks. You will be hosted and entertained by Ruapehu’s own Safety and mountaineering guides along with local Ngati Hikairo Cultural guides. Under their care you will venture through rugged volcanic terrain and learn about the geological and cultural significance of the mountain and Tongariro world heritage and Culture. The Park also has a High chance of snow even in summer.

Guided walks leave from the Top of the Bruce daily at 9.30am, weather dependant. Bookings are essential and can be made by phoning 0508 Ruapehu (782-734) or email [email protected]

The following gear is essential if you want to complete the Crater Lake Walk:

You’ll need to have a reasonable level of fitness and be able to walk for 5 hours with rest stops.

5-6 hours, 17 kilometres return on same track. Begins 100 metres below the DOC Visitor Centre at the end of Ngauruhoe Place. This track is an extension of the Taranaki Falls Track and part of the Tongariro Northern Circuit and Round the Mountain Tracks At the top of Taranaki Falls, the track branches off the Taranaki Falls Walk, to cross rolling tussock country and alpine herbfields. Further on, the track branches left to Tama Lakes, while the main track continues on to Waihohonu Hut. There is a view of the lower lake (1240 metres), and then the track climbs steeply to a viewpoint (1440 metres) of the upper lake. Tama Lakes occupy several old explosion craters on Tama Saddle between Ruapehu and Ngauruhoe. The saddle acts as a funnel for prevailing westerly winds and windproof clothing is recommended.

Beginning at Mangatepopo Valley near Wakapapa, the track climbs alongside a stream and around the edges of old lava flows. The age of different lava flows is indicated by the extent to which plants have re-established themselves on the harsh black lava rocks. Near the head of the valley, the Soda Springs are an oasis for the moisture loving yellow buttercups and white foxgloves.
The steep climb from the valley to Mangatepopo Saddle between Mount Ngauruhoe and Mount Tongariro is rewarded by panoramic views, which on a clear day reach as far as Mount Taranaki.

The track then descends to three water-filled explosion craters called the Emerald Lakes. Their brilliant greenish colour is caused by minerals that have leached from the surrounding thermal area. The crossing continues over Central Crater to Blue Lake – an old volcanic vent.

After rounding the flanks of North Crater, the descent continues through tussock slopes to the forest bushline. The cool, green forest is refreshing on the long descent to the end of the journey.

The Tongariro Alpine Crossing takes seven to eight hours in the direction described. The opposite direction is more uphill and takes an hour longer. Local transport operators offer connections with the track.

For more information about the region – guided tours, accommodation even weather reports go to www.mtruapehu.com or email them on [email protected] 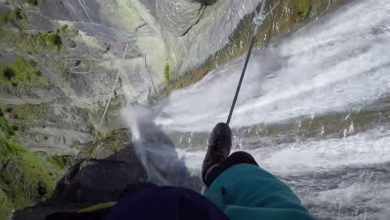 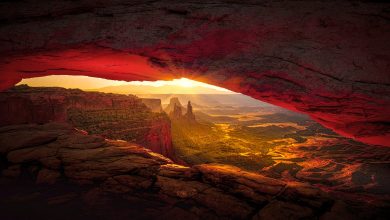 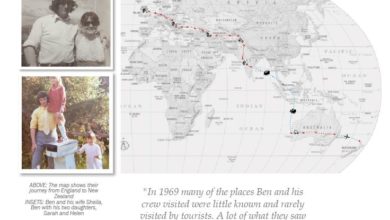 NEVER JUDGE A BOOK BY ITS COVER