Getting the right balance between athlete and photographer is far from an exact science.

But working in collaboration, kayaker Rafa Ortiz and photographer Michael Clark combined for a series of stunning shots.

Stand-out among them was a wide-eyed Ortiz underwater paddling to get himself back to the surface, a shot which led to Clark being a finalist for the 2019 Red Bull Illume competition.

Here, the pair talk about their collaboration, creativity and cramping each other’s style… Talking about this shoot. Where did you get involved in the process? Was it from the very beginning?

You have to know quite a bit about what a photographer is looking for. Does that just come from working with photographers over the years?

Ortiz: When I’m kayaking, when I’m with a photographer, I have to have so much input because I see things from a different angle than he does. It’s his camera and, in the end, he is ultimately deciding when he clicks but I think that it’s so crucial – the athlete’s input – into something like that. And being able to be a self-producer, not just a performing athlete.

Could you explain the creative process for this image, where it comes from and how it’s developed from an initial idea into the science and art of a photograph?

Michael Clark: In conversation with the athletes, I can explain to them what I’m looking for and they can tell me how and where we can create that type of image. Once we get on location, the conditions may be quite different and we have to adjust our plan. For instance, with this gig with Rafa, the water levels were much higher than normal. We had planned to rappel down behind the waterfall curtain and that seemed dubious given the conditions, but Rafa found an opening and we were able to get back there after all. It was like rappelling into a different planet. The result was quite a few surprising and different images than I had planned in addition to the images we had discussed over the prior months. In the end, this was one of the best photo shoots of my entire career. For this shot, tell me more about the waterfall you chose?

Ortiz: Always on these shots, I feel it falls on my shoulders to make sure that it’s cool, that it’s legit, that we’re not just paddling down a lake and be like ‘OK, we’re calling that my sport’. I guess it doesn’t matter to the photo but I always like it when it’s a bit of a challenge too for the photographers and the production crew because for us it’s a challenge being there. It can feel a bit odd when we’re riding a crazy waterfall but they’ve hiked from a parking lot two minutes away.

There can be an element of creativity in how you paddle a section. Do you have a conversation about that with the photographer?

Ortiz: If you can get really good at working with photographers, not just doing your bit but understanding their side, you can help them out. So, he’s like with me for example, “if you can be conscious of the moment I’m trying to capture, and here’s something kind of cool, instead of having your left paddle in the water, you can have your right paddle in the water, then I can see your face and I’m going to have a better photo than if you were just doing whatever.” How easy do you find that to do? Does it distract you at all?

When working with athletes in general to create great images, what do you need them to do and what do you hope they’ll do?

Clark: One hopes they are in top form and willing to put a lot of energy into the photo shoot. I hope and expect they come to the session as an excited and willing partner, as the images and content we create may have a huge positive impact on their career. Most professional athletes fully understand this and are excited to work with a photographer who can create unique and inspiring images. I also hope that they will help me craft the images as well in terms of either educating me about a location or their sport if I don’t know it that well and also about their technique or style to make sure we are getting images they like and will be proud of. Has your relationship with photographers changed over time the more you’ve worked with them. Is it generally quite collaborative or are some more directorial?

Ortiz: I think it has matured. When I was a kid, I remember one of the first shoots I did with Red Bull 12 or 13 years ago, it was a video production and I still feel bad to this day because I think that director probably hates me. I was super annoying. It’s funny looking back because I got too involved. I really had an idea of what I wanted to do. Imagine this director trying to deal with this kid who’s like, “no, this has to be shot like that, this has to be like this”. Now, it’s positive for me to give ideas, to nurture the content creation but, in the end, the final decision is the photographer’s.

From a photographer’s perspective, what advice/tips would you give other budding photographers when it comes to working with athletes to create the best images possible?

There has to be a constant conversation about how the images are turning out and how they can be made better all the while considering the safety of the athlete and the crew. Also, get to know the sport you are photographing as well as you can. Do your research, come to your photoshoot knowing what has been done and what hasn’t. Have some creative ideas you would like to try out and work with the athletes to make those come to life. And also, listen to them and accept that they may have better ideas than you have. 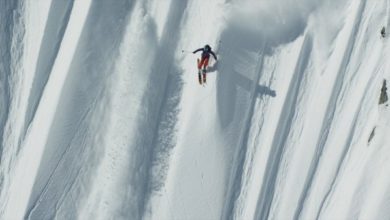 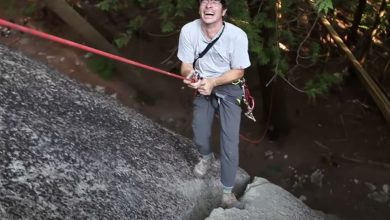 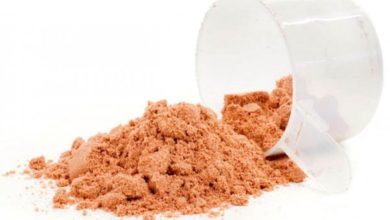