The rock slot swallowed the cam perfectly, but the rock itself looked dubious. Structurally questionable. You know desperation levels are pushing the red zone when you settle for placements shrouded in fatalistic resignation.

I tugged the cam for reassurance, glancing at a flake weakness above that I was hoping would lead me through the roof, 150m off the ground in the remote Anti-Atlas range, Morocco. We were close to surmounting the final obstacle on what was our first onsight, ground-up attempt. The moves through the roof looked do-able. But protection was thin and I was metres above my last piece of protection.

Again, with more force, I pulled on the cam.

The lobes opened. Suddenly a rock chunk twice the size of my hand broke off, unleashing a wave of horror that rushed up through my chest and escaped in an awkward yelp of “WaaAArgh!”

I managed to catch the loose rock in the hand that also clung to the cam. Collecting my composure, I hurled the rock to the abyss below. A worrisome noise floated up from my climbing partner, Frazer, belaying below.

Finally, I found a good wire placement just below the roof and then reached high into the flake. High right foot smear. I pushed higher, and just before grabbing a jug at the top of the flake, I knocked it in anxious trepidation. Bomb-proof.

Pulling through, any remaining horror in my body was instantly consumed by a surge of euphoria. Numerous times driving through the Anti-Atlas our jaws dropped to views of infinite rock. The climbing is akin to that trad-mecca downunder, Arapiles – but without the crowds, immeasurably larger, and with a dash more adventure.

Development was first recorded in 1991 but began in earnest in the past 10 years, when mainly British climbers made a biannual pilgrimage. For weeks we indulged in beautiful quartzite single- and multi-pitch lines: flakes, corners and faces that swallowed wires. The climbing was glorious, in a barren landscape of orange rock, dotted with rural villages and terraces of almond trees. We shunned luxury accommodation and wild camped, scrounging for firewood every night and sleeping under the stars.

For years, Frazer – a Brit with limbs of unmatched gangliness – had wanted to approach an imposing wall, point at an untouched line, and climb it. We were not the strongest climbers, but did we need to be? Couldn’t we just push our own modest limits? At least we would have a tale worthy of sharing around the campfire.

One afternoon, we drove towards the coast to check out some virgin rock. We inspected single-pitch cliffs of solid-looking rock, but they all fell into obscurity when The Wall came into view: maybe 300m-high in places, and more than twice as wide.

Several lines appealed. A massive detached pinnacle in the middle of the wall. A huge watchtower feature that could be breached via an enormous, gaping chimney corner.

But the two best lines were on the watchtower face: a sickle crack that may or may not link to an arete, and a line of weakness leading to roof cracks.

What’s the worst that could happen? If we got stuck, we could just rappel, leaving behind some tat, maybe some gear. Right?

“You don’t have the purple Metolius cam on you?”

Eighty metres off the ground, pitch three: technical, steep, with scant protection. I was trying rather desperately to stuff a small cam into a tiny crevasse in the face, only to realize that the size I needed had been neglected in the gear hand-over.

Four or five metres above my last piece – a micro wire – and staring at committing, balancey moves … I’d never experienced this type of climbing.

Imagine: You can see moves to unlock the passage higher, and placements for protection – but huge question marks hover. Each hold is tapped for hollowness. You climb up, thinking something along the lines of “geeeeezus …”, until you see that the placement you saw from below is a dodgy piece in a flaring crack that wouldn’t hold a fingertip of candy floss.

You see a crack a few metres higher that should take a cam, but you’re not sure about the moves to get there, let alone the solidity of the holds. Go for it? Down-climb? Cigarette break?

By the way, you have no insurance. And you’re pushing daylight hours if you want to reach the summit.

That morning had been a mix of excitement and anxiety. We reached the base of the wall, and decided that the line to the roof cracks was more likely to succumb.

We were both jumping in the deep end. I had been involved in first ascents in Borneo, but the method there was bolting as you sit on trad-protection, cleaning the route on rappel, and then climbing the first ascent.

I had assured Frazer that the Ka-Kaa Wall (named after our group’s infectious bird-cry that means everything from “Where are you?” to “Off belay!” to “I wish to have sexual relations with you”) would take a splash of morning sun. But it was clear as we approached that the sun would linger.

We Paper, Scissors, Rock’d for the first pitch, which looked benign from afar, but from directly beneath looked a far steeper prospect. The line follows a shallow groove before traversing to a flake system. Frazer entered the fray, and was soon blaspheming about the gear (“I wouldn’t hang my laundry on this!”), and sheer boldness of the moves.

He eventually found a good wire and took a rest. Summoning the powers within, he reached for the flake, all the while visualising a slip, the sound of wires popping, and then a numb thud as his body tested the character of the ground.

But he pulled through. Above, what we thought was a comfy ledge turned out to be a hanging belay next to a garden of nefarious thorn bushes.

Before I started up, I realized my chalk bag had somehow disappeared. Frazer, full of typical chilled-out grooviness with which he approaches everything – with the sole exception of ground-up trad-onsighting – merely shrugged his shoulders. “Leader takes the chalk bag.”

I followed the pitch to a wire that looked like the squeezed flesh of an obese body in clothing far too tight; three-quarters of if protruded from the slot. A few meters higher, another wire crammed in with a degree of hope disproportionate to its ability to hold a whip.

When I reached the belay, I was thinking of all the amazing, established lines we could be climbing instead.

“What the fuck are we doing here, Frazer?” I said, half-jokingly. “I’ve asked myself that several times already,” he replied, half-seriously.

I traversed across the thorn bushes underneath a series of overhanging flakes. The line looked like it could go, and I placed tiny wires behind paper-thin rock. Uncertainty percolated. Thorny shrubbery looked like an unenviable landing, though preferable to plummeting to the deck.

Common sense eventually emerged. I removed the laughable protection and stepped left to a crack. The moves were slightly overhanging, but soon lead to amenable stemming. When the crack thinned, I stepped airily to the right, and then followed easier terrain to a massive ledge.

Exhilaration washed over me. The pitch had been blessed with great protection, cool movements and fantastic exposure.

It was 1pm when Frazer reached the ledge. Three hours and two 30m-pitches. The sun had been oppressively squeezing us, and we sought shade under a massive block. We resolved not to move until the sun had vanished; our lunch break stretched to 90 minutes.

Frazer accidentally dropped his lighter down a cavity at the back of the ledge. The thought of continuing without the sweet relief of nicotine was daunting, so he spent the break with his hand buried in the hole, reaching in vain.

When blessed shade arrived, Frazer started up tentatively, moving past a loose block the size of a small TV. But about 10m up, in his own words, his “self-belief” eluded him, and he lowered.

We swapped ends and gear, and I was soon in unfamiliar territory. While the overall rock quality was solid, twice a hold dissolved in my hand. Once I went to grab a jug, but pricked my fingertips on a euphorbia (poisonous cactus) bush, and I had to shake my hand for several minutes, waiting for the venom to weaken.

The climbing was hard to read. Protection was tiny (take small cams – especially of the purple, Metolius variety) and well-spread, and many of the holds slanted the wrong way. Delicate traverses to the right, to the left.

About 30m up, I pulled through a small overhang to a series of cracks. It was the first time I had seen more than one good gear placement in the same vicinity, so I built a four-cam hanging-belay.

When Frazer came up, it was 4.15pm. Chances of topping out were fading, and I had resigned the team to probable failure. But I wanted to push higher. When the clock ticked 6pm, we still had enough daylight to rappel.

The next pitch started in the same vein: cautious, slow, controlled moves. But protection was more frequent, and more than just the small stuff. I reached a corner flake, but it wasn’t the soaring feature it had looked from the ground. The face holds to the right beckoned. “Alright, watch me,” I called below, before stepping right and stretching my hand high. Solid, positive holds. Hurrah! The easier ground above lead to a ledge and a corner that took a trio of wires.

Above me loomed the roof cracks. For the first time, it occurred to me that we might actually top out.

But a few dramatic moments still awaited us. The diagonal crack that lead to the roof cracks was a dirty, unprotectable seam, oozing general unpleasantness. Instead, I followed an easy corner.

I was hoping for an easy scramble to the top, but instead a steep face to the roof confronted me. Intimidating. But then I spied the flake weakness where the roof recoils to a mild overhang. Cue the cam placed with fatalistic resignation, rock-breakage, and horror-hollering.

Reaching the summit as the sun set triggered a quiet swell of accomplishment. It was just after 7pm, and the soft light cast a gentle spell over the orange-baked landscape.

We descended on a farmers’ track until it steepened, and then slung a spike to rappel into a gully, reaching the car as darkness fell. Frazer went straight for the cigarettes.

It seemed scarcely real, driving back as if it had been just another day, babbling about music, plans, politics. But then a memory would flash to mind: the crappy wire, rock breaking, pulling the roof.

As we pulled into our almond tree grove, we could see the others had already started the fire.

It had been a challenging and rewarding day, on a scale I’d never known. A new-found appreciation for the pioneers who launch into the unknown. A tale worthy of the campfire.

Cam – A camming device used in traditional rock-climbing for protection. Has four lobes that push against the inside of a crack or slot.

Wire – A trapezoidal-shaped head of aluminium on a steel wire, used in traditional rock-climbing for protection.

Ground-up, onsight – A method of adventure climbing where the first ascent is attempted without knowing anything about the route, and starting from the ground (instead of rappelling/abseiling in from above and trying moves first)

Flake – A flat, thin piece of rock attached to the main cliff

Tat – Sling left behind, wrapped around something and used for rappelling/abseiling 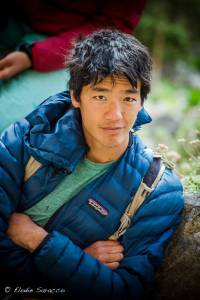 Derek Cheng is a Kiwi journalist, photographer and traveller who has spent five of the past seven years exploring climbs in Asia, North and South America, Greece, Turkey and Morocco. When not on the road, he has worked as a political reporter for the New Zealand Herald 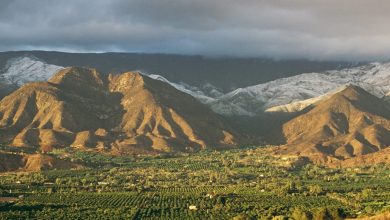 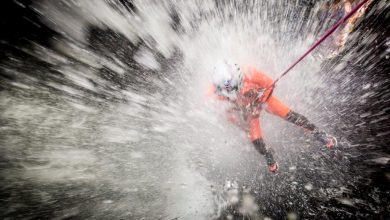 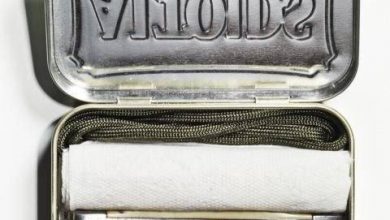 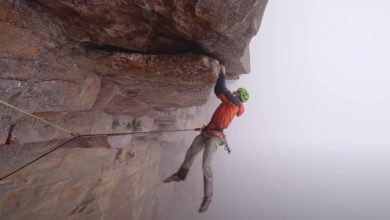