round 270 riders from both sides of the Tasman have flocked to Dunedin to compete in a first ever mountain bike championship double-header.

Anton Cooper leads Ben Oliver in the 2019 cross-country championships in Rotorua, while Tuhoto-Ariki Pene in action in junior downhill at the 2019 world championships in Canada. (Photos: Cameron McKenzie/Robert Jones)

All four races for cross-country and downhill will be run in the outstanding Signal Hill courses beside Logan Park in north Dunedin, close to the central city.

The Oceania Championships were staged at Signal Hill two years ago but this is a first to combine both championships, and for cross-country and downhill at the same venue.

“We are excited to combine both championships for cross-country and downhill at this excellent venue, so close to the central city and with the exceptional support from our host club, Mountain Biking Otago,” said Janette Douglas, Events Director for Cycling New Zealand.

It will be an early season hit-out for elite cross-country riders, in what is a pivotal year aimed at the Olympic Games in Tokyo in late July.

While neither championship will be selection events for the New Zealand team, the Oceania Championship will provide valuable Olympic qualifying points. This is of particular importance for Australia men who are currently ranked 23rd with nations ranked eighth to 21st at the end of May earning one spot in Tokyo. New Zealand is comfortably in 15th spot.

Leading the New Zealand charge in the men’s cross-country will be defending champion Anton Cooper, who also won the Oceania title when it was raced at Signal Hill two years ago.

“I have good memories of racing here years ago and I won here in a close race two years ago,” Cooper told Mountain Bike Australia Website.

“It is a similar course. The final decent is new which I like – it is a nice fresh cut section and I enjoy that style of trail. The top section had a kicker but that has gone.

“May be this course does not suit me as much as the other one. There are enough sections that should play to my strengths and some sections that don’t. It will be a course that a lot of riders can win on and I think some will be going pretty fast.”

Cooper said the January race is early in his racing season.

“At this stage I am still in first gear but it will be nice to pin a number on and race again. I won’t race again until mid-March in the States. Late May is the first World Cup when I will want to be in some kind of hot form. “

The May World Cup will be the final race before Olympic rankings are finalised and the only selection race for New Zealand riders this year.

Sam Gaze returns to top level racing, for his new Alpecin-Fenix pro team, after his injury and illness-laden 2019 season, refreshed and with a new zest for the sport.

World No 60 ranked Ben Oliver will be chasing a podium placing with the main Australian competition expected to come from Cameron Ivory.

Australian Rebecca McConnell, who re-found her best form to climb to No 4 in the world last year, is the hot-favourite in the women’s elite competition. Nelson’s Josie Willcox leads the New Zealand riders, with national champion Samara Sheppard now pursuing the endurance scene and road racing.

The Oceania downhill competition should be a closely fought affair with world No 10 Sian A’Hern leading the Australian women’s charge while Shania Rawson returns to top competition along with Virginia Armstrong for New Zealand with world No 7 Kate Weatherly still recovering from her serious neck injury at the world championships.

The New Zealanders will do battle for a second time over the weekend with both cross-country and downhill national championships competitions on Sunday. 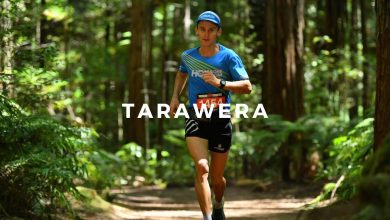 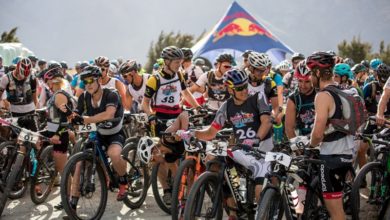 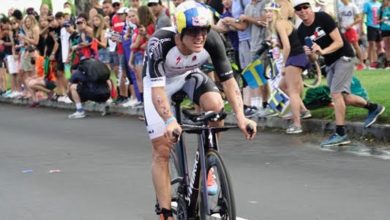