New dad Richie McCaw has signed up for Februarys Kathmandu Coast to Coast where he and long term friend and Adventure Racing team mate Rob Nicholl will take on the Tandem Team Event.

The former All Black captain who has just had a daughter with former Black Stick hockey player Gemma McCaw, says the being called an adventure racer doesn’t sit too comfortably with him just yet, has tackled a number of endurance sports events including Godzone since retiring from rugby and had a taste of the Coast to Coast in 2017 when he did the mountain run.

“I’m someone, Rob’s probably the same, you need a little goal to keep you training and something that gets you on edge a little bit and Coast to Coast is one of those iconic events that I’ve always wanted to do,” McCaw said.

“We just thought it might be good to do without putting too much pressure on yourself, like doing it on your own in one day, but by doing it together, I think it’s a great event to do that.”

With the new baby looming New Zealand’s most capped test rugby player of all time realised he may be consigned to a wind trainer and a treadmill close to home in the lead up to the event so with Nicholl has been racking up the kilometres through Goat Pass and kayaking the Waimakariri River alongside mentor Best Foot Forward’s Bob McLachlan.

“I’m so lucky and have learnt so much (from Bob), especially in the water, you know I was pretty novice kayaking and that, but he’s one of the best around.”

The change in format from the nonstop adventure racing is also something that McCaw feels will be a challenge in itself. “I think it’s going to be different to perhaps the multiday where you’re able to keep a nice even pace for a long time,” he said. “This has got a bit more intensity to it, but I think you’ve got to be careful you don’t blow yourself out early and stuff like that so that’s the bit that will be really intruding, I’m really looking forward to it.”

The tandem event involves both competitors doing the entire course over two days together, staying within 50 metres of each other on the bike and run sections while paddling the Waimakariri River leg together in a double kayak.

The Kathmandu Coast to Coast, which filled up this year at its earliest point in 14 years, gets underway with the two day event on Friday February 8 while the Longest Day World Championship one day event is held on the following day with competitors cycling, running and kayaking 243 kilometres from Kumara Beach on the South Island’s West Coast to New Brighton beach in Christchurch. 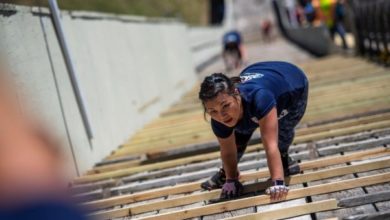 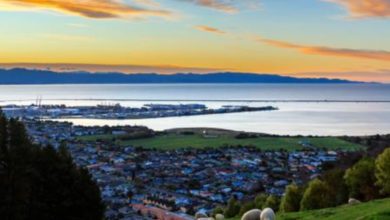