It was a disappointing weekend for outcomes for the New Zealand contingent at the Australian Open ICF canoe slalom ranking race, but full of drama nonetheless with both senior team and Olympic places up for grabs.

In the women’s events, the anticipated duel between Australia’s world number 1 Jess Fox and Kiwi world bronze medallist Luuka Jones never really materialised, with Jones failing to make either C1 or K1 final, and Fox running out clear winner of both. The Australian won Saturday’s K1 final by 1.97 sec from Germany’s Ricarda Funk, before dominating Sunday’s C1 final by a massive margin of 5.25 sec from Spain’s Nuria Vilarrubla. According to coach Campbell Walsh, Jones had experimented with a tricky move in the K1 semi-final, which resulted in some time loss to finish 17th with an otherwise good run. NZL team mates Hannah Thomas and Courtney Williams finished 25th and 30th in a high-quality competition to press their claims for senior team selection.

But it was on the men’s side that the drama really unfolded. In a competition featuring 15 of the top 20-ranked kayak paddlers in the world, the New Zealanders were always going to be up against taking top spoils, but had races within races to contend with as well as international rivals. In Friday’s heats, Oceania bronze medallist Finn Butcher set the pace with the 5th fastest qualifying run overall, and Callum Gilbert close behind in 14th – both posting clean runs. Zack Mutton was next placed Kiwi, initially appearing to be straight in to the semi-finals, before a couple of successful enquiries from others relegated him to 31st (the top 30 progressing from heat 1).

Unfortunately, in so doing Mutton aggravated a back injury that had side-lined him throughout 2019, and he was forced out of heat run 2, forfeiting his chance to progress. Instead in the next run it was youngster George Snook who flew the Kiwi flag, the 17-year old placing 12th with 10 to progress, missing out by just 0.31 sec. Jack Dangen was next best for NZL, a further 1.61 sec back.

The drama continued in to Sunday’s finals, with Gilbert initially incurring a 50-sec penalty for a gate violation, before being over-turned on enquiry to give him a clean run and top Kiwi placing in 16th, 1.32 sec outside the final 10 but 3.05 sec ahead of Butcher who incurred one gate-touch with a 2-sec penalty.

The Canoe Slalom New Zealand selectors will meet in the coming few days to consider both the senior team for the 2020 ICF season and nominations for the 2020 Tokyo Olympic Games, where New Zealand has earned rights to enter the K1 and C1 women and the K1 men’s events.

Full results from the Australian Open can be found here: https://siwidata.com/canoe123/live?SessionKey=auscanoe.20200222 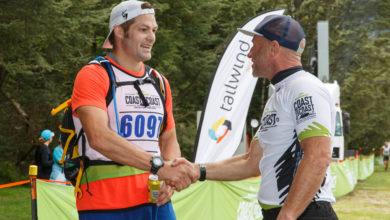 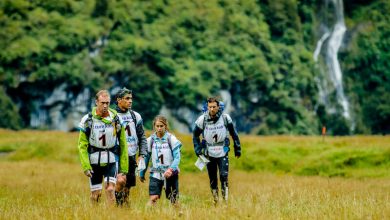