The iconic Spring Challenge women’s adventure race was held for the first time in the Whanganui River region, with the 480-participants spread over the 145 teams treated to what many have termed a magical adventure experience in a unique location.

The course was held in the Atene and Parikino areas, which included a rafting stage down the river, a gorging trip through the Whakaihuwhaka canyon, then mountain biking and hiking near Tirotiro.

The teams of three or four women, took part in the three, six and nine hour events, which tested their ability to navigate through the course using only maps and compasses.

The weather on Saturday was typical spring time, with some early showers clearing to a stunning warm day – ideal for adventure racing. The first race start was at 6am for the experienced nine-hour teams. As they waited for the daylight, the local iwi representatives performed a karakia and blessing, which was welcomed by the teams and set a special tone for the entire event.

Once underway, the teams had a 1.5 kilometre run to the rafts via the oxbow, which is now a farmed bush area but was once the original river bed and path. That was followed by a 9.5 kilometre rafting stage. Exiting the rafts, teams went directly into the canyon, with a scramble up a narrow ravine, crossing pools and negotiating rocks. Then it was out onto some open land for an orienteering-style test – a total distance of 5 kilometres.

By this point the pre-race favourite team NZ Adventure Retreats (Kym Skerman, Rachel Smith and Elke Beca) was in the lead. They passed through transition area one, changing swiftly to mountain biking for a 22 kilometre multi-stage that had some foot orienteering loops along the bike stage.

In second place was Whangarei team, Generations of Warts (Olivia McLeod, Courtney Crum and Bridget Johnson). During this stage NZ Adventure Retreats opened a sizeable lead, through a combination of a fast pace and precision navigation. They posted a very zippy time through stage 4, an 8 kilometre hiking stage before the final stage, a 4 kilometre bike and hike section. They took first place in an incredible time of 6-hours and 33-minutes.

Team captain Skerman said afterwards: “We weren’t pushing really hard but focused on moving quickly from one place to the next and having accurate navigation which is key”. The largest category, the six-hour race started at 9am. They followed the same route as the nine-hour teams but climbed out of the canyon directly onto their mountain bikes. From there they had an 11 kilometre mountain bike stage through some sharp-ridged and steep-spurred hill country. For many teams this stage was a highlight with exciting descents and some majestic views looking into the Whanganui River valley.

The early race leader was a junior team Happy 16th Birthday Kyla, from Motueka (Jessie Fa’avae, Kyla Rayward and Davis Syndbye). The youthful team moved nimbly through the canyon and got a sizeable head start onto their bikes. They were followed by veteran teams Nachos (Gabe McAlpine, Caroline Laband and Jo Henderson) and Rum Punches (Jennifer Davis, Jade Bishop and Emma Jones). It was the Motueka juniors that kept setting the pace, clocking the fastest time though stage 4, a 7km hiking navigation challenge. From there, they only had a 4km bike and run stage and with a sizeable lead, they could relax, winning the race in 4-hours and 35-minutes. Nachos was second in 5-hours and 29-minutes and Rum Punches third over the line. The winning Corporate team, Rototuna Physiotherapy was fourth fastest on the course in 6-hours and 2-minutes. The total distance of the six-hour race was 35 kilometres. By midday, with 100 teams already racing, it was time for the three-hour category to start. The three-stage, 19 kilometre short course was won after a close battle, with veteran team The Young and the Breathless (Sarah Gilbertson, Anna Hare and Rochelle Waugh) crossing the finish line first in 2-hours and 30-minutes, just 40-seconds ahead of the open team in second place 4-musketeers (Kirsty Staples, Kylee Webb, Rosie Linklater and Kimberly Gloyn). Third place was also close behind, Naki Bits (Bindy Free, Jane Kerr, Sharyn Kjestrup and Anna Speedy) in 2-hours and 33-minutes.

The race finished at Parikino under the shade of a kahikatea forest and teams celebrated completing the challenge and enjoyed a hangi cooked at the local marae.

Overall feedback was that the teams thoroughly enjoyed the course, which was almost entirely on private land.

Race Director Nathan Fa’avae concluded: “Every location we take the Spring Challenge events to is special in its own way, but every now and again we have a race that is extra special. I think we had that in Whanganui, as it was much more than a race, it was an experience on many levels. The local community have made this event magical and they should be very proud.”

Fa’avae’s wife Jodie, who runs the Spring Challenge events with him added: “While out the front the teams are racing, most teams are focused on working really well as a team and making it to the finish line. There were a lot of comments about hearing the teams well before you could see them. Team spacing still needs to include being able to talk to each other at all times. My crew at the finish line enjoyed seeing the teams coming in with huge muddy grins on their faces!” 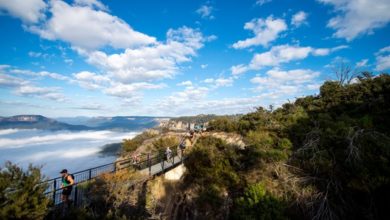 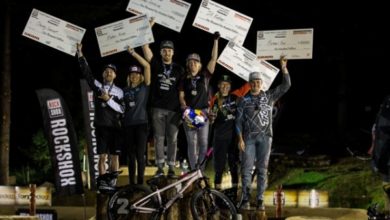 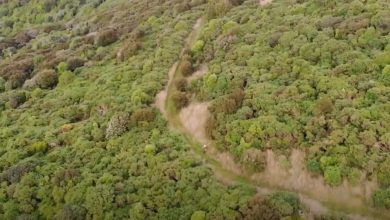