The Bay of Plenty Regional Harbourmaster, Peter Buell, has made his decision to prohibit vessels in a section of the Kaituna River named Pari Tūkino (commonly known as Gnarly gorge) for a six month period to allow time for options to be explored for improving safety in the area.

The Harbourmaster made this decision following a successful meeting between neighbouring Māori landowners, local Iwi representatives, Te Maru o Kaituna River Authority, Bay of Plenty Regional Council, and White Water NZ. The hui, held on 16 April 2019, followed a previous announcement of the Harbourmaster’s intention to prohibit vessels on Kaituna’s Awesome, Gnarly and Smokey gorges. The Harbourmaster announced his intention to prohibit vessels to prevent further tragedy following two deaths and at least one near miss on the lower Kaituna. These lower gorges are not used for commercial rafters or recreational swimmers and are only accessed by experienced white-water kayakers.

“The meeting brought together widely different points of view, and it provided new information. It was a platform for future discussion and the start of a shared understanding about access, recreation and safety in the Kaituna River lower gorges,” Mr Buell said.

In particular, at the meeting, Iwi and Māori landowners shared their Mātauranga Māori – the traditional values and rites associated with those sections of the Kaituna River. It was this gift of knowledge that reminded all those around the table of the significant cultural interests within these lower gorges, and the need to put the Kaituna River first in all discussions and decisions. Landowners have since provided Māori names for the gorges – Pari Tūkino (Gnarly gorge), Pari Whakahihi (Awesome gorge) and Pari Kohukohu (Smokey gorge).

“The meeting confirmed some of the information that we already knew and provided new information for my final decision. The result is that I have decided to close part of Pari Tūkino (Gnarly gorge) to all vessels from today – 1 May – for an initial period of six months, but will not close the other two gorges at this stage. We have agreed there may be options to be explored to see if re-opening the gorge after that period is practicable in terms of maritime safety,” Mr Buell said.

While the prohibition, under the Maritime Transport Act 1994 and the Bay of Plenty Regional Navigation Safety Bylaw 2017, applies to all vessels, it will only affect a small number of highly experienced kayakers able to navigate that section of the river – it is unnavigable to powered boats or any other pleasure craft or vessels.

At the meeting, the leadership of Whitewater NZ explained that this gorge in its current state is largely unnavigable and hadn’t been kayaked for over a year. In contrast, the information brought about the other two gorges was that these had better setback for vegetation which reduced the risks of logs and debris, and they posed no risk significantly higher than the typical risks of other sections of white-water with the same classification.

“In light of that, I have agreed that those gorges won’t be subject to the maritime closure. But I appreciate that Whitewater NZ has asked members not to kayak those sections of the river while they work through access issues across private or public lands,” Mr Buell said.

The Harbourmaster’s decision is based on the primary aim – to avoid further fatalities.

“I still see this maritime closure necessary for the purposes of ensuring maritime safety and avoiding danger to persons at this point in time. When I am satisfied that serious danger no longer exists within Pari Tūkino (Gnarly gorge), then the closure direction can be amended or rescinded,” Mr Buell said.

Key stakeholders will continue to talk and work together for the coming six months to explore next steps.

Information about the maritime closure will be provided in public notices, signage and information on various websites. 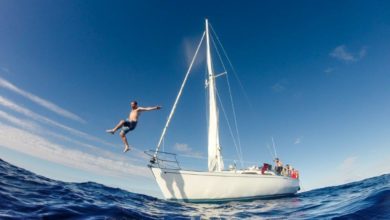 COULD YOU SURVIVE A SOUTH PACIFIC CROSSING? 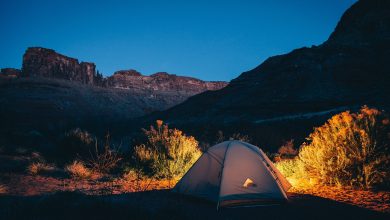