Last March, Nick Vaughan from Wellington took part in the Himalayan Trust Summit Challenge, not only smashing the challenge to climb 8848m within a month but tripling the elevation to climb a staggering 26,544m.
Nick was one of hundreds of Kiwis who climbed the height of Everest in March to raise funds for the work of Sir Edmund Hillary’s Himalayan Trust in Nepal.
“The Summit Challenge appealed to me in several ways,” said Nick. “There’s the mental and physical challenge of pushing yourself to achieve a goal as well as the challenge to make a real difference for people in Nepal.

“My connection to Nepal started eight years ago. I took part in a leadership course that showed me how I need to lead myself first and that I needed to learn how to serve others truly. I found that once you open yourself up, then the universe has a wonderful way of connecting you to others.
“Then within a couple of months of the course, I was made redundant. As was sitting at my desk on a Monday morning thinking about what to do next. I suddenly thought – I’ve always wanted to go to Nepal. The next week I was on a plane to Nepal to trek to Everest Base Camp. “On that trip I met a great bunch of people and the Khumbu region was such a peaceful and stunning part of the world.
“Seeing the difference that Sir Ed made to this region made me proud to be a Kiwi. The locals say that Sagarmatha (the local name for Everest) allowed Hillary to climb her as he would be the one to use his fame to give back to the region. Which he did immensely.

“Taking on the Summit Challenge was a chance to give back to others and this was far more fulfilling than personal success. I decided to do triple the elevation as I knew it would take some dedication to achieve and would be a great way to inspire friends and family to sponsor me. “I cycled and ran the challenge, including one very memorable ride where I did the both sides of the Akatarawa hills, Rimutakas and Moonshine hill. That was a distance of 176km and over 3000m elevation – all in one day.
“What kept me going was knowing first-hand how this would change the lives of people in Nepal, which is still one of the poorest countries in the world.

“I’m already thinking about the challenge this year and let’s see who can join us in raising money for a great cause and getting themselves fit at the same time.”
To find out more about the Himalayan Trust Summit Challenge visit summitchallenge.org Base Jumping with a Drone Looks off the scale Dont Try This At Home❕ 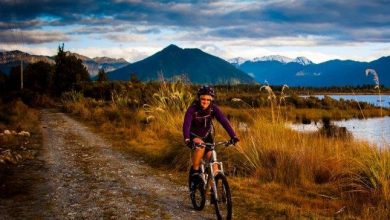 A week with West Coast Wilderness Cycle Trail and Adventure 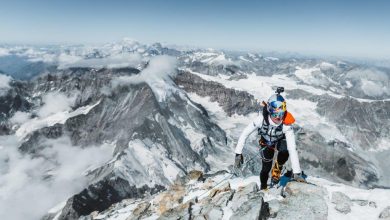