The West-coast of New Zealand’s South island is renowned for its challenging terrain, high rainfall and sandflies. Located between the towering Southern Alps and the Tasman Sea it is no wonder that this area has some of the most spectacular scenery you’ll find anywhere.

Extending 450km from north to south, the Southern Alps split the drainages of the more heavily populated Eastern side from the West Coast.  This impressive band of mountains encompasses New Zealand’s tallest peak – Aoraki/Mount Cook – at 3,754 metres and plays host to a chain of glacial lakes, creating a natural weather barrier trapping much of the rainfall on the steeper western side. As a result, West-coast rivers are prone to flooding with the steep catchment areas funnelling water out to the Tasman Sea below.

While the impressive topography creates a playground for many of the country’s top adventurers it produces headaches for those involved in designing and maintaining the roads. Despite improved engineering and equipment the harsh terrain and weather still remains in charge. This was shown just last year when a section of the main State highway bridge over the Wanganui river was washed away. This constant destructive threat means that roads remain limited and the only way of accessing many of our remote rivers is via helicopter or a long, arduous walk.

Luckily for kayakers New Zealand just happens to have the highest number of helicopters per capita anywhere in the world. Much of the reason for this spurs from a governement introduced bounty, whereby hunters were paid to extract wild deer from the national parks. This coupled with a rise in both fur and venison prices meant from the 1960’s-1990’s hunting proved a lucrative industry with many hunters being able to invest in helicopters. Nowadays new laws and the use of 1080 poison has resulted in the numbers of deer plummeting  and a sharp decline in heli-hunting. The legacy continues with former hunting pilots such as local legend Bruce Dando  now spending their time flying kayakers and tourists into the wilderness instead.

From a kayaking standpoint the West-coast boomed during the late 1990’s – early 2000’s when hundreds of kayakers flocked to Hokitika from all around the globe each summer to sample the delights of the amazing rivers.

Due to picturesque appeal, the niche idea of helicopter access and their steep remote nature, many of the runs on the West Coast have risen to international acclaim. Rivers such as the Arahura, Whitcombe and Waitaha are high on any international kayaker’s hit list.

Over the years the small township of Hokitika has become a hub for many foreign kayakers, with old Toyota Hiaces and brightly coloured kayaks littering the streets over the summer. It is the “old school” local legends, such as Bruce Barnes, who can be attributed with finding many of the classic West Coast runs we know and love today.

Over the last few years, the rising New Zealand dollar coupled with popularisation of other destinations such as Chile has seen the number of paddlers slowly dwindle. That is not to say the quality of the rivers are not world class.

The Kokatahi river had long been talked about with hushed tones and murmured whispers. In its first descent in 1996 Graham Charles and Bruce Barnes nearly came to grief when they were forced to swim out of a backed up hydraulic in the aptly named Carnage gorge. Over the years  few other teams followed suit as the Carnage gorge portage added 2 hours to what was already one of the more strenuous days on the coast.

The reputation gained meant that for many years despite the Kokatahi harnessing some of the best whitewater in the world, it remained a mystery. With the commitment factor, portages and must run gorges keeping all but the very best teams at bay.

In true West-coast fashion floods and debris movement slowly reformed Carnage gorge allowing paddlers safe passage through its walls. This has lead to the Kokatahi growing in popularity as many paddlers come out telling tales of the pristine blue waters, classic gorges and amazing whitewater. With its close proximity to Hokitika and the consistent nature of the whitewater now make the Kokatahi the “best bang for your buck heli run” on the coast . It has quickly developed into the must run heli trip on the Westcoast for any class 5 afficiando.

Despite this, the Kokatahi should not be underestimated. This was recently highlighted in the Rider of the Year awards – carnage section, where my good friend and West-coast local Jordy Searle was pushed offline and into a sieve while leading a Red-bull team down. Thankfully he emerged on the other side. This graphic footage was all captured via a helicopter and is some of the most full on footage I have ever seen. It goes to show how important it is to respect a river no matter how many times we’ve done it before. A momentary lapse in concentration can change a great day out with friends very quickly. As the New Zealand Whitewater guidebook says “this river has kicked more ass than the spotted ass-kicker from planet kick ass”.

The perfect day to enjoy a Kokatahi outing is generally after a period of prolonged fine weather. I have been lucky enough to experience the Kokatahi on multiple occasions, both high and low but still have fond memories of a trip where myself and Jordy bit off more than we could chew. After an evening sampling the delights of the party town- Franz Joseph 1.5 hours away – we woke to a bluebird sky. Having had too much fun the night before we both failed to comprehend the fact that close to 100mm had fallen that night. At the take out we figured things looked high but thought it would be all good. After a day of pushy stacked class 5+, a couple of near misses and plenty of sneak lines we both made it to the car relieved to be in one piece. At a high flow the Kokatahi is a serious proposition and despite both knowing the run well we had our asses handed to us numerous times and were lucky to get away with it. When paddling on the West-coast one of the key things to remember is that the gentle braided river at the take out can very quickly condense into a steep and pushy gorge after a few short minutes in a helicopter.

In my opinion the Kokatahi’s spectacular gorges and skateboard style whitewater make it one of the best rivers in the world and I feel extremely blessed to have it in my backyard. Once dialling the lines the Kokatahi can be bombed in only 2.5hours but can also be a 10-12 hour adventure for a first time group.

As with any run on the West coast constant change remains a factor to consider. The sieve that Jordy swam through last year is now filled in but Carnage gorge is now beginning to pose problems again. Who knows what the next flood will change, but I for one know that as soon as I’m in the helicopter and flying up the Kokatahi valley I’ll be grinning from ear to ear with anticipation for the day ahead! 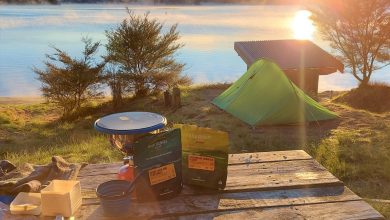 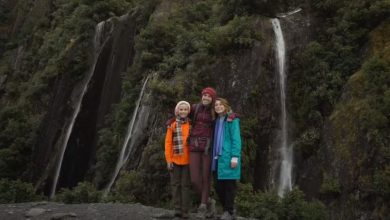 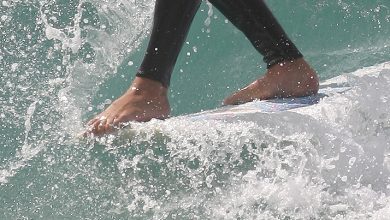 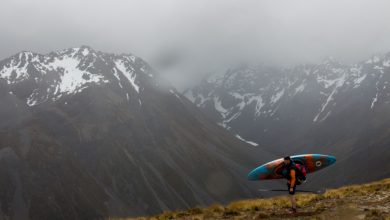