The objective was climbing and skiing Mt Hutton, a 2822m peak in the Leibig Range between Mt Cook and Lake Tekapo. From early in the piece it was apparent that there were other events of interest on this three-day circumnavigation ski tour and we were not the first people there… In his usual fashion, Jeremy Lyttle, called me late one evening declaring that we are leaving at sparrow’s fart the next day. In his old short wheel based 4WD Toyota Land Cruiser, Jeremy and I spent the three-hour drive from Queenstown to Tekapo discussing our route and looking at a topo map. The last part of the drive is 20 kilometres of slow going rocky river bed up the Cass Valley from the Glenmore high country farm station. Station owner and keen mountaineer, Will Mackenzie, runs a bulldozer up the riverbed road about once a year to maintain access to grunty 4WDs only. Permission must be gained from Will before venturing up the valley, which Jeremy had obtained. At about midday we reached the Memorial hut at the termination of the Ailsa Stream into the Cass River. Gear exploded from the back of the truck, then was carefully positioned or attached in or on our packs as we determined exactly what was absolutely needed for the route and current conditions. 3km up the Ailsa steam we transitioned from shoes to skins. 3km after that a hidden gem revealed itself to us; a couloir running from very near the Summit of Mt Lucia (2617m) all the way to the valley floor at 1550m. 1000 vertical metres of shady, south facing, steep, rock walled dry snow feeding on to sunny, low-angle, spring-corn scree fans leading directly to where we were standing at the bottom of the valley. Tomorrow mornings’ plan was immediately confirmed.

By 4pm we were at 2000m on a plateau at the head of the Ailsa valley where we planned to dig in and sleep. The plateau is a big area of about 500m in diameter littered with dozens of rocky outcrops that create cylindrical wind scoops in the snow around the rock – perfect for digging a snow cave for shelter. After walking around the plateau and a little deliberation we settled on one particular rocky outcrop and started to make camp by digging in to the wind-scooped snow. The light was dwindling and the shadows cast by the Liebig range to the west grew nearer to our chosen rocky abode, so we worked fast to prepare our snowy cacoons before the retreat of the sunlight and the mercury plummeted deep into negative double figures.

When Jeremy went to relieve himself behind the rocks a glint caught his eye from beneath some loose rocks. His initial assumption was that it was someone’s discarded rubbish; he was both surprised and saddened to find trash in a place as high and remote as this. There are probably only a handful of people who have ever been to this particular rock he thought. Upon removing the rocks his saddened surprise turned to stoke and laughter. “Come look at this!” called Jeremy from behind the rocky outcrop. I ceased sculpting my cacoon, sheathed my shovel in the snow and walked around the corner wondering what he could possibly be on about. Another sick new line in the distance that we had not yet seen? A weird little bug on the rock? A proud sculpture he had created from his faeces? 1000 guesses and I still would not have predicted what he found. Just around the rock, 10 paces from our snowy cacoons I find Jeremy staring down into a small crater where he had removed some rocks. At the bottom were 7 beers partially encased in ice! My first thought was that he had secretly carried them up there in his pack and created this stash. “Nah bro”, he said, “I just lifted that big flat rock and found them sitting there.” I grabbed my ice axe and we both began carefully chiselling them out of the ice like palaeontologists recovering an extinct species. Closer inspection revealed that they were in fact an extinct species. The brand was Canterbury Draught, which ceased production in 2011 after the brewery was damaged by the February 22nd earthquake. We carefully chipped and scrapped away the ice being extremely careful not to pierce the cans’ delicate aluminium. The cans were in perfect condition but the branding looked like it was from bygone era. Finally we freed one of the cans from the ice. A squeeze of the can indicated that it was not pierced and still under pressure. The dated branding urged me to look for a “use by date”. I found the numbers 130195 stamped on the bottom of the can. 13th of January 1995! Canterbury Draught stopped production in 2011 and we just found a stash of it that was probably brewed in mid winter 1994. This beer was at least 23 years old! Brewed when I was 9, Jacinda Ardern was 14, Once Were Warriors had just come out, Sir Peter Blake was about to win us the America’s Cup for the first time and Justin Bieber was a freshly fertilised Canadian foetus. But how long has the beer been here? Who stashed it up here and why? Why have they not been back for it? So many questions but after a long day of driving, hiking and touring just one action needed to be taken. Pssshht. We had to taste it…. It made the right sound when opened, I’m no beer connoisseur but it smelt right too. Tasting it however, something was off. Few people considered CD to be an exquisite drop but even after a long parched day it did not leave me quenched or refreshed, the flavour was not savoured but endured and a certain furry texture lingered. Jeremy took one small sip and declared he wanted no more, but I continued to endure. I intended to complete this beer’s long and patient destiny.

I had chosen to enjoy the beeried treasure trove of 23 year chilled barley and hops with dinner, in my case, elegantly paired with a freeze-dried Malaysian Vege Curry Backcountry meal presented in a ziplock aluminium foil bag. By this time the sun was long gone, it was totally dark and we were cooking under head torches from our sleeping bags on the veranda of our carefully sculptured snow-cave-castle-complex.

While waiting for my Malaysian Curry to cook and infuse inside my sleeping bag where it acted as a hot water bottle safely sealed in it’s zip lock bag, I went in for another forced gulp of destiny. As I did, my head torch happened to shine directly into the can and aluminate what was inside. The sight I saw inside the can immediately froze my beer hand from raising it any closer to my mouth. With my lips millimetres from the rim my eyes locked on the hideous sight. Brown slimy looking solids the size of little tadpoles curdled like didymo algae in a badly infected stream. Suddenly I realised that the “furry texture” I felt was these floaties all through my mouth and teeth.

A long, hard day “earning a beer” can often make the most ordinary of beers taste like sweet nectar, but I had not suffered enough to be able to force these ones down. I spat profusely and rinsed my mouth several times with our scarce reserves of water. At least now I can reset my palate with my Malaysian Vegetable Curry that had been cosily infusing between my legs in my sleeping bag. I reached deep in my bag feeling for the hot aluminium foil zip lock bag, but what I felt was a sloppy, wam wet mess. I pulled out my hand to find it covered in a calf-shit coloured Malaysian Vegetable Curry. The zip lock on my “hottie” had failed. Soiling one’s sleeping bag at 2000m in -17 Celsius is not only grossly annoying, moisture of any kind can also cause hypothermia. I had no spare sleeping bag, I had to clean and dry this thing or that calf-shit coloured curry was going to lower my body temperature to a dangerous level. My method was turning the sleeping bag inside out, let the curry freeze (while I shivered) then scrape it off. It worked… sort of. The day was an emotional cuisine rollercoaster; that night, aromas of the Malaysian mess from my sleeping bag triggered calf shit curry nightmares. My sleep was not great.

The next morning, however, we had 1000m of south facing couloir to shred. It is amazing what a nights sleep can do to ones morale. Especially when there is shredding to be shralped. (shralp; is a lesser-known synonym of shred and rip e.g Chad can shralp skiing, snowboarding, mountain biking or any other dope activity). After a more successful breakfast Jeremy and I boosted up to the top of Mt Lucia, then, with a view over Mt Cook and Lake Tekapo we dropped in and shredded steep, sloughing dry pow down the tight, rock-walled couloir, then ripped down freshly released spring corn on open scree fans all the way back to the bottom of the valley where we first spotted this line. Fair to say we “shralpped” it. Following our tracks back to camp we pondered how many if any people have scribed down this hidden gem.

Back at camp, before golden hour, we had time to leave our mark on one more south facing blank canvas just above our camp of treasured loot. We left the cursed stash of beers alone that night but pondered and speculated about who left these beers here? Why did they leave them? Why did they not come back?

At first light on the third day we filled up with water from a break in the ice at the head of the Ailsa stream that we were lucky to find the day before, our gas for melting snow was all but gone. We expected the trip to be fairly eventless till now but the plan was still to summit and ski Mt Hutton (2822m). Getting through the Kehua Pass and touring to the top of the Ridge Glacier took us longer than expected. Weather from the south looked uncertain and we were unsure if we could access along the ridge that would give us a chance at getting up Hutton. Once on Hutton’s summit we did not know if we could safely ski descend down on to the Faraday Glacier without retracing back along the technical ridge. If not, there was not enough daylight in the day left to get back along the ridge.

We bailed on Hutton and skied from the Ridge Glacier down the Faraday Glacier to the valley floor. From the termination of the Faraday Glacier we could see that the ridge was passable, the ski descent did go from the summit of Hutton and weather held that afternoon. Deciding not to keep going after carefully considering current circumstances was still the correct decision even after hindsight showed us a clear path. 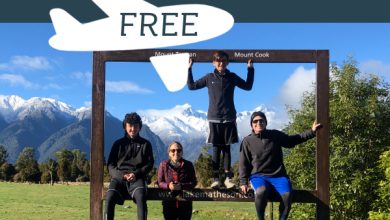 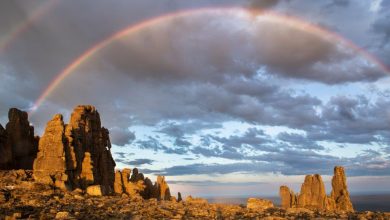 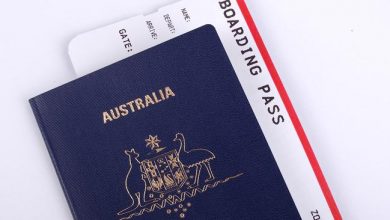 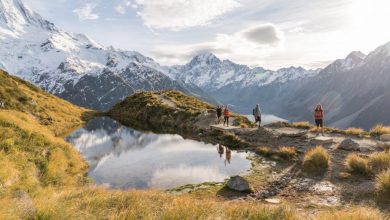