The Kathmandu Coast to Coast is proving to be more than just a multisport endurance race for some groups of young people in Canterbury.

For a number of years Trusts in the region have been using the event to provide opportunities for vulnerable young people in the community. Some of these young people have come from difficult backgrounds where there may be issues of substance abuse or poverty and some may have convictions. All are looking to make positive changes in their lives.

Coast to Coast Rangers, 180 Degrees Trust and Waipuna Trust have been working with these groups of young people to train for, and compete in the Coast to Coast with outstanding results.

The Coast to Coast Rangers is now in its sixth year of offering students from Christchurch East, predominantly Linwood High School the opportunity to participate.

Jessy Moffatt, a founding member of the Coast to Coast Rangers, says she initially started recruiting competitors by going into school assemblies and pitching to them. This year with covid-19 it meant she wasn’t able to go into schools, but as it turned out that wasn’t a problem.

“We have had the most kids ever turn up this year wanting to be involved and it’s basically been through word of mouth.

“We initially had 30 people turn up and we are now down to 12 after we put them through some intense training. But we have got a really great group and they’re going so well.”

Moffatt said this year has also been exciting to see some siblings of students who have been a part of the group in previous years join up.

“It’s awesome to see. I think the best feedback we could have hoped for is seeing how many kids turned up this year. It’s just so cool they want to be involved.”

“They get really well looked after and have so much support, Kathmandu are amazing at providing all the gear.”

“It’s a massive deal for both the Trust and the kids to have the support of Kathmandu, having everyone dressed in the same kit offers a real sense of belonging and also ensures everyone’s out training in appropriate gear.”

Another Trust using the Coast to Coast as a tool to help young people is the 180 Degrees Trust which was established in 2007.

Managing trustee, Jeremy Nurse, says their mission is to use the Canterbury high country as a classroom and as an opportunity to challenge at risk young people to turn their lives around.

The Trust’s signature expedition is the Southern Alps Traverse where they broadly follow the classic Coast to Coast route. This year for the first time, the Trust is working with Cashmere High School to train up two teams of really keen students for the Coast to Coast.

Nurse said they are really happy with how it’s going.

“This year we have selected six students from Cashmere high school and arranged sponsorship for them for the 2021 Coast to Coast. We have a great team around them and look forward to their success in February.”

Success is the key word for Nurse when it comes to these young peoples’ involvement in the event. He wants them all to experience a taste of it.

“It’s not about where they come, just by being involved they will have achieved success,” Nurse says.

Dan Eastwood and Reon Nolan work with youth offenders in Canterbury in their role at Waipuna Trust and Te Rangatahi Tumanako. Eastwood said this is the fourth year they have been involved in training and entering teams in the Coast to Coast.

“One of the best parts of the event for the guys is to stay away together, it gives them a good opportunity to bond not just with each other but with the volunteers and support people as well. It’s also a great event for them to see a group of positive, healthy people working hard and for them to be a part of that environment.

“The flip side of that is that the other competitors get to see our guys as humans and they can see their positive, kind and caring sides.”

Eastwood said the journey leading up to the event is even more important than the race itself. He said it’s not just the physical, but also the emotional and psychological gains.

“Most of these guys are already quite fit and through their life experiences they know a lot about resilience. But it’s the chats on the long bike rides where they can open up and share things in a pressure free environment that’s really beneficial too.”

Eastwood says there’s something special about the Coast to Coast. He says multisport is a sport without egos and in many ways the event is a leveller.

“The work we do with these guys is for the long haul; we can’t expect massive changes in just six months. But what we focus on is the thousands of little wins along the way.” 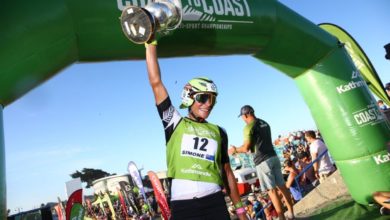 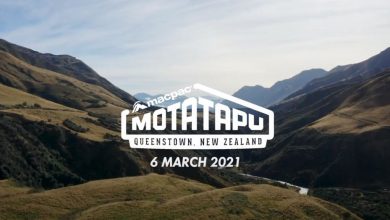 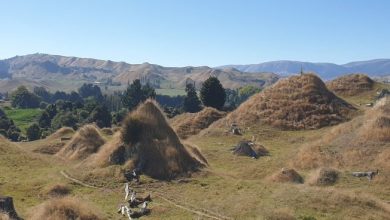