Beyond Waitomo a row of buses stretches down the road in a seemingly endless line and every available car park is full. Nearby, the Waitomo Stream emerges from a dark hole at the base of the cliff. A river rumbles from within. It’s the attraction of the unknown that drew the first human explorers here. The first documented cavers to enter, in the late 1800’s, were Tane Tinorau, a Māori Chief, and Fred Mace. What they discovered defied belief and put Waitomo down as one of the most popular tourist destinations in New Zealand. The name Waitomo is a combination of the Māori words wai and tomo which together mean water shaft or hole. The cave was known to locals long before Mace and Chief Tinorau first explored inside.  The first entry was made by floating on a raft into the cave. They carried lanterns producing a flickering, airy light but they mightn’t have as the roof was peppered with glow worms, enough to aluminate the passage without additional lights. Glow worms are the larvae of a small fly called a fungus gnat. The glowing green pinpoints of light that they emit are a chemical reaction designed to attract prey; they also attract tourists. When Mace and Chief Tinorau first began exploration of the cave, they likely never envisaged some 2,000 people visiting the cave each day during New Zealand’s summer months. Visitors get a short but dramatic glimpse into another world. Most, though, are wholly unaware that they’ve only experienced the tip of the iceberg on their tour. The Waitomo region is made up of karst, a term used to describe landscapes characterised by sinkholes, ravines, and underground streams, a bit like Swiss cheese. There are estimated to be over 200 square km of karst in the Waitomo region and cavers have explored and surveyed hundreds of caves. The area has become a Mecca for caving and exploration. Most of the cave systems are privately owned and managed by farmers. Historically in New Zealand, landholders own from the property surface to the centre of the earth and upwards into the atmosphere. The relationship between the people and the karst landscape they live on is unique. Many locals make a living from farming but the majority are involved in the adventure tourism industry. I visit Waitomo every few years and always notice a few new signs for companies trying to break into the market. Adventure activities range from floating on an inner tube beneath a roof of glow worms to riding a flying fox through a hall lined with massive stalagmites.

Managing these caves is a balancing act. The cave environment is extremely fragile and any human impact or damage made to the caves will be visible for many thousands of years. Unlike other natural environments, caves grow, change and repair themselves exceptionally slowly. For example, if a forest is clear-cut, it has the potential to re-generate, to a degree, within our lifetime. Compared to forests, cave formations grow at a glacial pace, perhaps a centimetre every 100 years.  If we carelessly knock a stalactite or stalacmite, the damage will be visible for thousands if not tens of thousands of years.

It is also this quality, slow change, which makes caves so special.  Caves are natural museums which have captured the history of life on this planet. Thirty million years ago Waitomo lay beneath the ocean. A mixture of shells, corals and sand settled on the sea floor forming a calcareous ooze. Slowly the area was uplifted by plate tectonics. The next step is fascinating. While most rocks can only be broken down through erosion, limestone is alkaline (non-acidic) and is readily dissolved by rainwater.  H2O with a dash of carbon dioxide picked up from the atmosphere forms a weak carbonic acid which dissolves the rock away.  To do this, water works its way into thin fractures in the rock , etching them out millimetre by millimetre. As the water carves the stone away it exposes fossils. While small shells are common, occasionally cavers make more intriguing discoveries such as sharks teeth protruding from the walls or large whale skeletons. One cave in the south island has a whale’s vertebrae crossing the width of an open passage, another has a rib cage jutting out.  Caves also record New Zealand’s more modern history.  For instance, moa bones are extremely common underground. The ungainly birds fed on the lush plants growing around the tops of depressions and holes leading into the caves and would occasionally slip and tumble in.  The remains of the birds do not break down and are preserved intact for thousands of years because the environment inside a cave is constant—humidity is 100% and the temperature stays the same year round. Sunlight does not penetrate very far, if at all. New Zealand is currently in a period of geologic uplift. As Waitomo is slowly raised, cave passages dry out and new levels form below. Eventually passages will break through the surface, in the process washing limestone into the ocean and continuing the evolution of cave structures. In many ways a cave follows a life cycle much like any living thing. Although the formation process for every cave is the same, all caves are surprisingly unique.

Some of the classic caves in Waitomo include Gardner’s Gut, a vast horizontal system some 12km long, Lost World, a massive gash in the earth where cavers repel 100m down a shaft into a small forest growing at the bottom, and the Mangawhiticow which has a river flowing through it. Cavers often have to navigate rapids and waterfalls along the way. Each of these caves is vastly different and they all have there own character.

There is a lifetime of exploring to be done in Waitomo’s caves and it has been a spring board for many caving careers. It is a terrific place to learn skills such as rigging and surveying deep underground. Caving enthusiasts can fund their passion by working in cave tourism by day and exploring further in the evenings. Waitomo caves do not require the same level of physical commitment as the alpine caves in the South Island.  That being said, even after experiencing some incredible trips into more demanding caves, Waitomo’s charm still lures cavers back. For a taste of caving with knowledgeable guides,  both Waitomo Adventures and The legendary Black Water Rafting Company offer excellent trips. If you’re hankering for a true caving adventure with an eye to break  into the sport then joining the New Zealand Speleological Society might be just the ticket. Alternatively the New Zealand Caving School offers courses on the South Island. The school is a not for profit organisation that runs three to five day vertical caving courses. 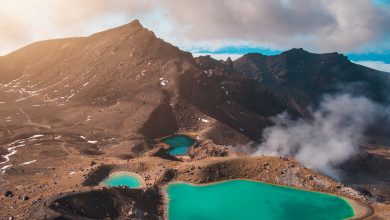 Striving for a challenge to make a difference 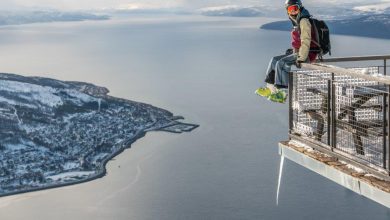 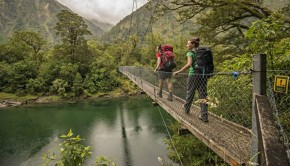