For those of us who remember reading Douglas Adam’s ‘A hitchhiker’s guide to the galaxy’ you might recall a character called Slartibartfast who was given responsibility for creating various parts of Planet Earth including the Norwegian fjords and the west coast of Ireland.

We don’t know who was given responsibility for designing the Solomon Islands but whoever it was, they must just possibly have been a Kiwi as we like to think our destination was purpose built for New Zealand travelers.

So where exactly is it?

Many people would be surprised to know this little-known archipelago, stretching like a string of deep green pearls from Papua New Guinea to Vanuatu, lies just under three hours flying time from Brisbane.

Comprising some 990-odd richly forested mountainous islands and low-lying coral atolls, the Solomon Islands are the epitome of a hidden South Pacific paradise where centuries-old traditions form the mainstay of today’s society.

These ‘Hapi Isles’ as they are affectionately known, are considered by many to be the last bastion of a true South Seas living culture, rich with art, dance and music where little has changed in the last 70 years.

The Solomon Islands has in fact been attracting international tourism since 1568 when Spanish explorer Alvaro de Mendana, taking a wrong turn en route to Terra Australis from Peru, first sailed into this tucked away corner of the world.

The Spaniard’s dreams of founding a colony foundered with his death in 1596 but his legacy can still be found in the Solomon Islands today with many of the islands still bearing the Spanish names he gave them.

These include Santa Isabel, San Cristóbal, Santa Cruz and perhaps the most famous of all, Guadalcanal, the name synonymous with World War II which takes its name from a small township in Andalusia in southern Spain.

Aside from giving Spanish names to many parts of the archipelago, Mendana also introduced chickens to these parts!

For the most part, the Solomon Islands and their quiet, reserved people – a mix of Melanesian, Micronesian and Polynesian cultures – were left pretty much alone after Mendana’s visit until 300 years later when Great Britain took control of the entire territory.

Things changed dramatically during World War II and the Solomon Islands became a household name when the forces of Imperial Japan invaded, the region becoming the scene for some of the bloodiest battles in the Pacific theatre and most famously, the battle of Guadalcanal when hundreds of New Zealand soldiers, airmen and sailors joined their US and Australian counterparts in a terrible six-month campaign that saw thousands lose their lives before the Japanese were turned back towards Papua New Guinea.

It is hard to believe today that this sun-kissed, tucked away corner of the earth formed the backdrop for those battles – but as visitors see for themselves, every step taken in the Solomon Islands is a journey into history.

The story of how two islanders saved future US president, John F. Kennedy from certain capture after his motor torpedo boat was rammed and sank is legend in these islands.

So too the famous ‘Wind Talkers’, a group of Navajo Indians based in Honiara whose native language was used by the American forces to communicate with each other and their allies to great effect with the Japanese forces never able to crack what they thought was an intricate code.

Last year marked the 75th anniversary of the battle for Guadalcanal, an event attended by New Zealand, US and Australian government and military representatives.

The commemoration held great significance for the people of these ‘Hapi Isles’ who take immense pride in the knowledge their home is the place where freedom for the Pacific was hard fought for and ultimately won.

The British re-gained control in 1945 and in 1976, the Solomon Islands became self-governing before gaining full independence in 1978.

Little has changed since, unlike the many changes have taken place in the Solomon Islands’ near neighbours, and it’s thanks to this that the Solomon Islands have become such a breathtakingly fresh destination for those international travellers hardy enough to get off the beaten track and look for a new and very different experience.

Today World War II buffs and veterans and their families, SCUBA divers traversing the unspoilt coral reefs, teeming marine life and hundreds of WWII shipwrecks and downed aircraft that litter the seabed and surfers in search of the ultimate uncrowded wave make up the bulk of the 25,000 or so international travellers who visit every year.

The word is slowly getting out and the WWII veterans, diver and surfers are now being joined by a brand-new breed of travellers from around the world – trekkers, family groups, bird watchers, honeymooners, sports fishermen, yachtsmen, culture-lovers and simply those looking to make their own tracks.

And the beauty of this place is that it can pretty much cater to anyone, irrespective of budget or taste thanks to its mix of multi-level choice of accommodation –  from the ‘big gun’ hotels of the capital Honiara to boutique resort accommodation, eco-lodges and home-stays dotted across the entire archipelago.

To find out why more are more New Zealanders are making a bee line for this amazing destination, visit www.visitsolomons.com.sb or like us on facebook at www.facebook.com/visitsolomonislands. 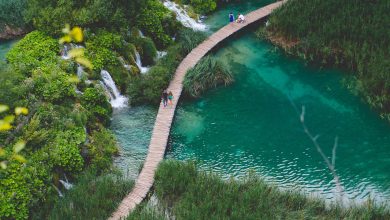 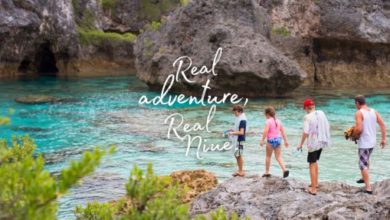 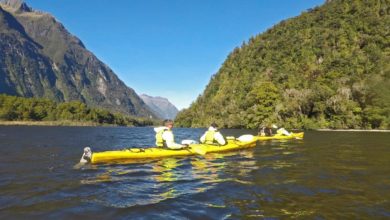 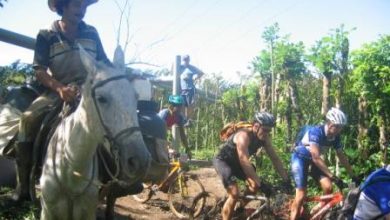