Amongst all the off-road cycle trails in New Zealand none can offer the unique spectacle of the West Coast’s native forests, rivers, and lakes, bordered on one side by the Southern Alps and the Tasman Sea on the other.  After spending five days on the Adventure South West Coast Cycling Tour, I am hooked on the hassle-free cycle touring that a guide can offer. There is so much to see and do in this beautiful part of New Zealand, and the expertise and experience of Adventure South made it easy to do plenty in five days.

We completed the 133 km Wilderness Trail plus an extra 100km was added because, to quote our guide “we pick the best bits (of the trail) and add other great bits”. Apart from the cycling we found the time to experience the Treetop Walk, Hokitika Gorge, Punakaiki, Porarari walk and a very sobering memorial to the Buller mine disaster alongside the Grey River near Stillwater.

It was a pleasure to cover so many kilometres on dedicated cycle tracks away from the tar seal and traffic, and a privilege to enjoy the beautiful surroundings as well. The many gorges, streams and waterfalls could be heard long before we saw them, their waters ranging from deep blue, turquoise to dark bronze in the wetlands. Describing the sun setting over the Tasman sea cannot do justice to the kaleidoscope of colours and is something everyone should experience for themselves.

Personally however, my most enduring memories will be cycling with fellow adventurers on the section from Ross to Hokitika, cheered on by grey warbler, tomtit miromiro and tui.  This would come second only to the section from Lake Kaniere to Kumara, both of which must be covered in more detail. As early as day one we were introduced to the variety of landscapes we would witness over the next five days. The 33km ride from the historic mining town of Ross to Hokitika has an unriveld diversity of scenery and vegetation. We enjoyed this section of the trail so much that we managed to repeat the last 10km or so twice more over the next two days, thanks largely to the logistical skills of our guide.

The first half of this section follows the straight, gentle gradient of the old tramline through farmland and coastal scrub with the sound of the distant Tasman Sea. The trail continues along the old tramline as it disappears into lush, mixed podocarp forest, crossing over buried railway sleepers and many bridged creeks, and noticeably more birdcalls. Within a few kilometres it emerges into sunlight again and a patch of tall spindly eucalyptus.

Thankfully, and we soon found yourselves back in native bush, this time a wetland fed by the outflow from nearby Lake Mahinapua. We stopped on a small bridge crossing the dark Mahinapua creek lined with flax, cabbage trees and tall grasses while milfoils and other long-stemmed plants weaved with the current. Mesmerising. A few kilometres later the trail led us back into the bush, this time less dense and filled with tree fern. We meandered along the smooth, very professionally groomed tracks in dappled afternoon sunlight.

Once we had crossed the Hokitika river we headed out to Sunset Point in bright sunshine, temperatures in the mid-teens and the Tasman Sea sparkling in a gentle onshore breeze. To the south the mighty Aoraki Mt Cook and La Perouse struggled to impose themselves in the summer haze. Stunning. If this was cycle touring on the West Coast, then why had I not heard of this gem long ago?

Cycling the Wilderness Trail can be as challenging as you want it to be. Day 3 for us began at Lake Kaniere and climbed to the 317 metre Kawhaka Saddle and onto our accommodation at the classic Theatre Royal Hotel at Kumara. Sixty kilometres of mostly off-road riding in bright sunshine. A reasonable challenge in anyone’s eyes but worth every kilojoule of effort. We rode alongside the Arahura River, up some very cyclist-friendly switchbacks and into a podocarp forest filled with ancient Kahikatea which was crossed by plenty of refreshingly cool and crystal-clear streams. The track designers have successfully given cyclists of almost any ability the chance to experience these memorable landscapes. It would be remiss of me not to mention the lakes. Cycling to Lake Kaniere from Hokitika is a pleasure all its own – a gentle cruise through more native bush, alongside the man-made Kaniere Water Race dating back to 1875, emerging at the lake. Personally, I was surprised at how large an expanse of water it is, spectacularly surrounded by bush clad hills with a couple of rugged alpine peaks standing over the hills at the southern end. I was also pleasantly surprised at how warm the water was in mid-January. This is a smaller but lot quieter (more waka, less motor) version of Lake Brunner, and another reason I will return to the West Coast. There are many other points of interest to keep everyone busy.

The 500-metre treetop walk alongside Lake Mahinapua places you 20 metres up into the canopy, amongst ancient rimu and kamahi, and then up another thrilling 27 metres to the top of the tower for views to the lake. Self- guided, the walk provides an informative brochure which accompany marked stops along the elevated walkway.

The memorial to the 65 men and boys who perished in the Brunner mine disaster of 1896 made quite an impact on all of us. Over 180 children lost a father, 37 wives lost husbands and 14 elderly parents lost their only breadwinner. The hardships are strikingly illustrated at the memorial and go some way toward recognising the hardships these folk endured and the contribution they made to the economic success of early New Zealand.

The day spent at the pancake rocks at Punakaiki was never going to be long enough. The coastline changes dramatically after Greymouth, from wide sandy beaches littered with huge driftwood logs, to a series of rugged rocky bays and cliffs where the locals are raging war to keep their land from the invading Tasman Sea.

Views from the road are impressive but the surge pool at Punakaiki must be one of the best places in New Zealand to get close to the power of the Tasman Sea. Even in small seas the boom of waves crashing against the cliffs would make anyone feel slightly vulnerable.

After the energy of the surge pool several of us chose a more sedate walk along the Porarari river and swim under the swing bridge before heading to Punakaiki Resort, our accommodation for the last night. The rooms from this hotel must have one of the most stunning vistas available. Set against a cliff, almost every room has a view across the rock-strewn beach to the sea. A perfect place to sit back and treat yourself to one of those dramatic west coast sunsets.

At this point I must acknowledge the skills and expertise of our guide. From taking all the hassle out choosing accommodation and restaurants, providing bikes, snacks, water, and a bike repair service, a guide takes all the stress out of the logistical nightmare of getting to and from trails. Daily itineraries were changed based on interests, weather and even wind direction.

Hassle-free cycle touring means the only decision is whether to enjoy that cool refreshing beer on the deck of the Beachfront Hotel before or after a shower. My personal recommendation would be to do both – the view out across the deck to the beach is not to be missed.

The other priceless benefit of touring is the opportunity to share unique experiences with other like-minded people who start out as strangers and end up as friends. I have always found the folk who join these cycling tours share an interest in adventure, appreciate the uniqueness of the experience, and enjoy the banter and camaraderie that inevitably develops.

Travelling by train on the return journey is a treat. Travelling on the TranzAlpine from Moana to Christchurch made me feel a touch guilty at the thought that our guide was driving the van and bikes back on his own. They are such a relaxing way to soak up exclusive views of the huge glacial valleys, wide braided rivers and viaducts that will have you staring in disbelief.

A well-stocked café and comfortable seats make staying awake in the tunnel a bit of a challenge, but a trip to the open-air carriage and breath-taking sights soon take away any apathy.

My only regret on this tour was why it had taken me so long to get here, and plans are already underway to return. 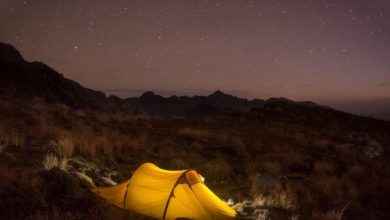 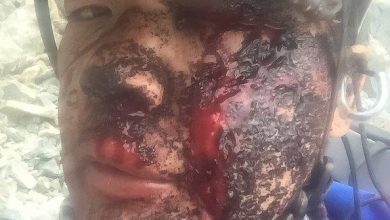 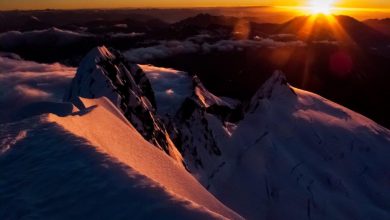