Here’s your chance to win this hose-proof Marmot Knife Edge Jacket RRP $499.00 (wm’s medium).
We’ve tested the piece and think it’s too good not to share.
Check out our review & get yourself in the draw to WIN.
To enter:
1. Make sure you’re following Adventure Magazine & Marmot NZ @adventuremagazine and @marmot_nz
or follow Marmot on facebook https://www.facebook.com/MarmotNZ/
2. Share with someone who you know would like the jacket too

I was sent the Marmot Knife Edge Jacket to review at the end of a long hot and muggy summer and wondered when I would get a chance to put it through its paces. However, the Spirited Women’s Adventure Race was about to begin so I added this to my kit and headed off.

Traditionally, Gortex jackets have been somewhat stiff and heavy so the first thing I noticed was the lightness of the fabric (that’s once I got over the extremely cool colour of this one. (Spectrum Blue is my new favourite!)

So back to the nitty gritty… This jacket weighs less than 11oz, which makes it a great accessory, as most times you carry a jacket without ever needing it, which was precisely what happened on the Spirited Women’s event. The sun shone and so the jacket remained in my pack, however I was extremely thankful that it took up such a small amount of space and was so light.

There had been a few rainy days since, but nothing torrential so we used a little initiative to put it through its paces. The Editor suggested walking through a car wash or being drowned with a hose, so I chose the latter. Made of waterproof/breathable Gore-Tex PacLite I found the jacket incredibly soft and flexible, like I said, not a description you used to be able to apply to Goretex.

Often it is the pockets and zips that let in water, however the seams on Knife Edge had fully taped and the zippers water-resistant so no water came in. I also loved the fact that the pockets are large and were big enough to carry a few of your essentials, such as a cell phone and wallet.

The hood has a back adjustment as well as a peripheral cord which helps prevent the loss of peripheral visibility.

Although not at all essential, the fit of the jacket is very flattering with a slightly longer back and tapered sides so I can imagine feeling as comfortable wearing this jacket casually around town as I would in the outdoors. You can also check out the jacket at 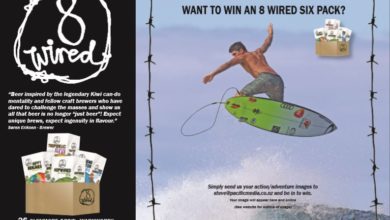