The Taiwanese really get what cycling is all about. Cycling in another country is always a buzz, but Taiwan also offers a great climate with temperatures between 21 and 26C and light breezes all day. Add to that smooth tar-seal/roads, a culture where it is ok to share the road with bikes, a wide variety of terrain to choose from, and at the end of the day NZ$4.20 for a 600ml bottle of cold Taiwan Gold Lager, and you see the attraction as a place to cycle. In our case we had added a bit of tension to our trip by choosing to ride to the top of the Mount Wuling undeniably one of the toughest mountain climbs on offer anywhere. A continuous gut-busting 55 km of climbing at an average 8% gradient, into the thin airs at 3,275 metres, or 10,740 feet. To put it into perspective, the summit tops Mt Aspiring by about 240 metres.

There were consolations. The road surfaces are a cyclist dream, clean and genuinely smooth, and shared with very considerate drivers. We were also followed by a van loaded with water, packed with bananas, apples, passionfruit and enough packets of gels, electrolytes, biscuits, lollies and dried fruit to fuel the next 10 cycling tours. The best news though was the main climb was split over two days – 1,865 metres the first day and a mere 1,300 metres the next. Easy.

Our group of 11 cyclists could not be more diverse, ranging from novice cyclists who were very happy to accept an E-bike, to Brett who recently completed the Tour of Aoteroa – 3,000 km of mainly off-road cycling from Reinga to Bluff, carrying all his gear. Even more intimidating, Brett completed/finished in 19 days on a single speed. Although obviously born with titanium knees, the achievement demands respect. /Respect.

In between are 3 of us over-60’s who were very happy to accept almost brand-new Giant Advanced bikes with its smart looking climbing frame and Integra gear including a very forgiving 34 sprocket in the cassette.  The low-body-fat members of the group either had their own bikes or were very happy with the Giant Propel, 8.5kg of Aero-bike replete electric gear-change. Like they needed that advantage.

The team from Giant Adventures were our chosen guides. Highly organised, cheerful and sometimes tolerant group of 3 very capable cyclists. Min took up point position at the front of the group. Weighing less than 50 Kg dripping wet, loaded with camera and gels, she came armed with a whistle that she blew with a gusto way out of proportion to her diminutive size, warning us of hazards, upcoming intersections, traffic lights and breaks.

Sunny, another slightly built pack of human Taiwanese cycling machinery, at the back to keep us on track after photos stops. Lastly Steve, dedicated photographer and van driver, with an encouraging “keep going, not far now” smile.

Each morning Min gave us a comprehensive briefing on weather, road gradients, expected stopping points and landmarks to look out for along the way. Then into a short stretching session.  Each day our guides made sure we had plenty of stops to take photos, refill water bottles and load up with snacks, or just to take in the sights. The first day started off as a deceptively cruisy trip out of Yuanlin, onto Jiji a dedicated cycle trail past small but immaculately cultivated farms, and then we glided through small villages and markets. The route includes the Taoist Wuchang temple, built after the original temple was destroyed in infamous 921 earthquake of 1990. The original temple was not demolished, standing as a symbol to the devastating power of the earthquake.

Then we hit the first hill. The phrase, “it starts to climb after this village” just didn’t do justice to the 13 km of non-stop climbing, which just got steeper and steeper as I cursed the lack of training before leaving NZ. I admit though it was very pleasant getting into the bush-clad hills, the smoothness of an almost new bike, and no time pressures. Two empty water-bottles later we were looking out over Sun Moon lake. The wind up here was very light and hardly a ripple broke the surface of the water. I craved a quick swim to cool down and settle my jelly-legs, but swimming is banned so we had to settle for cycling along the of-road trail to our hotel and a hot shower.

Sun Moon Lake is a popular tourist destination, with several temples set in the bush-clad hills and plenty of well-marked trails. A gently rolling cycle track runs for most of the 30km loop around the lake, popular with many groups of families on rented bikes. The main village had that busy resort town feel to it – although a very modern and very Asian version of one, with several tall hotel blocks and the tantalising aromas of Asian cuisine from the many restaurants and street stalls hanging in the air. Next day we joined the ‘Come Bike Day’ fun ride around the Lake, with 4 of the group finishing in the top 10. But racing was not really what this event was all about. Before the start all 500 or so participants join in a synchronised warm-up session to some serious drum-and-bass. It was all too much for our token Californian Mamil who broke ranks with some sort of uncoordinated break dancing. Amusing for the locals but humbling for us. The last event of the day was a highly competitive race around the paddock for the under 5’s.  More entertaining than the attempt at break dancing, with heaps more skill and coordination involved. But not as satisfying as the glass of Taiwan Gold over lunch.

Next day was 1865 metre day. 55 km with 35 km of climbing. The signs were good – the coldest start by far. A freezing 20C with a high of 23C but cooling at altitude, and once again just a slight breeze. Perfect riding weather.

After a very pleasant cruise along dual carriageway for an hour or so, we stopped to fill water bottles and load up with electrolytes and gels and then the ascent began. It wasn’t long before the corners turned into switchbacks, legs were burning and speeds plummeted – down to single figures in my case.

Once again, the locals excelled themselves with plenty of ni hao and jia you, pronounced jar yoh and meaning ‘more gas’. I am getting even more hooked on this place.

The last 50 metres is a demoralising switch-back up the step driveway to the hotel, but almost everyone else is already there, waiting to cheer me up the hill in one last lung aching burst before collapsing in the car park. Early start. About 16C and the Taiwanese are rugged up like we are going skiing.  A mere 20km and 1,310 metres to go.

Within a few km we are a lot more spread out than usual. The lead group is down to 3 people. Even the E-bike riders are noticing the extra effort in the thinner air.

Up ahead I can see the top covered in thin mist. Some serious drop-offs give spectacular views of rugged valleys with the odd terraced farms, all facing the rising sun.

The legs are doing ok, but the heart rate feels like it is heading for max at every rise. I reach around 2,700 metres and 11 km to go. The van is parked at the next corner and suddenly the thought of another 500 metres at 11% to 13% gradient is too much. I bail. Steve encourages me to walk 100 metres and then give it another go. I walk about 30 metres, but the heart is still pounding and I’m breathing hard. I turn back to the van.

After a few stops for photos of the other making their way up, we reach the top to find the lead group of 3 waiting. Kevin reached there just in time to throw up. I console myself knowing that, and also knowing I now have just the reason I need to come back soon. Only between now and then I will have put in a few miles on the Bruce Road, with a few trips to the Dome shelter for that extra altitude training. 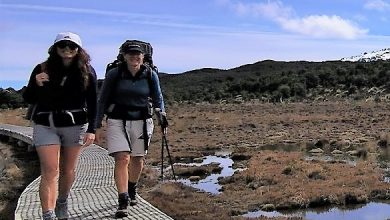 Take a hike, or two… 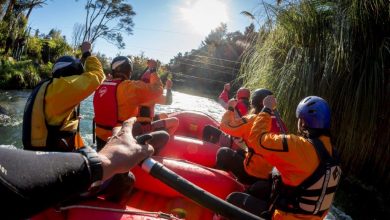 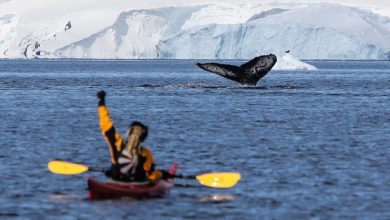 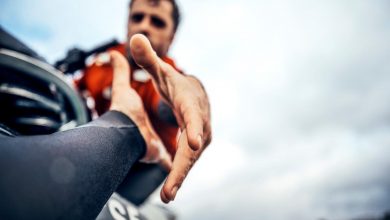 Portuguese pilot Sérgio Cosme is the guardian angel of Nazaré